Couple having Disneyland wedding 'not ready for marriage'

A COUPLE who have chosen Disneyland Paris as their wedding venue are probably not prepared for the reality of actual marriage, friends have agreed.

22-year-old Donna Sheridan and her fiance Nathan Muir, aged 27, told friends they picked the theme park to seal their relationship because it is ‘wonderful and magical and everyone is always happy, just like us.’

Friend Nikki Hollis said: “I asked her if she had any doubts, and she said she’d almost called the wedding off when she found out Sorcerer Mickey couldn’t perform the ceremony, but after crying for four days she got over it.

“They’ve got ‘hakuna matata’, ‘just keep swimming’ and ‘to infinity and beyond’ in the fucking vows, and they think they’re ready for a lifelong commitment?

The bride said: “Our lives together are going to be a fairytale so what better place to begin than the Magic Kingdom?

“It’ll be just like my favourite movie, Beauty and the Beast. Nathan does look a bit like a bison, maybe he’ll revert to his true handsome form when we kiss.” 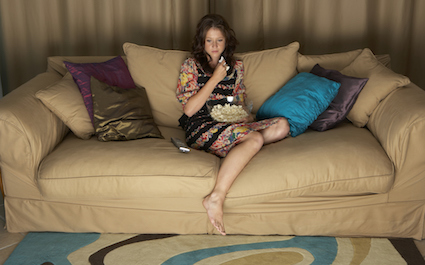 A 42-YEAR-OLD woman has realised that her cash-in-hand babysitting job 28 years ago, where she was paid for watching telly and eating crisps, was her career high.

Accountant Helen Archer admitted that she would trade her well-paid position and company Audi for a job where she watched The Fly on VHS while some children slept upstairs.

She said: “Maybe it wasn’t a money-spinner, but I’ve never known job satisfaction like it.

“I’d go through the fridge, phone my boyfriend, play their Terence Trent D’Arby CDs and sneak a tot of whisky, all while clocking up a per hour rate well above minimum wage.

“They had MTV when nobody had MTV, I could help myself to Coke, and then I’d get driven home. Now I have to buy my own teabags. Where did I go wrong?”

Archer’s boss, head of finance Susan Traherne, agreed that the Saturday bakery job where she got free doughnuts was the best ever, while director of UK operations Joe Turner said that riding his bike on his paper round while listening to Simple Minds made him feel ‘so alive’.

CEO Wayne Hayes said: “I worked behind the record counter at Woolworth’s. I stole every single released from 1986-1991 and snogged Michelle off the Pic ’N Mix in the stockroom. I was like a king.