CONSUMERS hate being constantly asked for feedback, according to feedback data.

Companies’ culture of asking for feedback on even the most minor transaction has resulted in a mountain of paperwork which basically boils down to ‘fuck off’.

Customer experience consultant Emma Bradford said: “Ninety eight percent percent of them resented even being asked to think about their purchase of car insurance.

“That’s out of the tiny proportion who didn’t immediately delete our numerous emails or tell our telecanvassers to get proper jobs.

“This is really interesting feedback. But I think before we can draw any conclusions we should ask those people for more feedback.

Father-of-two Stephen Malley said: “I rang my electricity company and spoke to someone for thirty seconds, now they’re asking me how I felt about it.

“The answer is I feel nothing about that experience. Precisely nothing.

“My message to companies is to assume everything’s fine unless I’ve actually called you and shouting ‘bastards’ at you repeatedly.” 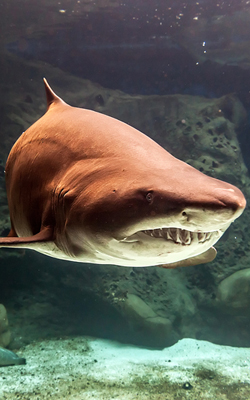 YOUTUBE is desperately searching its site for content it can charge users for without being laughed at.

After the website announced it would be offering paid-for entertainment channels, staff have been scouring the site for content that can in any way be described as entertaining.

Once you take away illegally uploaded music videos and films, all thats left is cats and people ranting into a webcam in a way that may be racist if you could actually understand them.

Somehow I doubt users are going to pay a monthly subscription for slide shows of sharks set to dire trance music by 009 Sound System.

Even where users have uploaded professional content, theyve usually fucked it up in some way, for example by replacing the audio track of Family Guy with Rammstein, or something equally peculiar.

Regular YouTube user Stephen Malley said: I have to admit most YouTube content is pretty crap, apart from my own videos cataloguing minor plot inconsistencies in Star Trek: The Next Generation, which are hilarious.

In season six episode nine Worf claims he has never heard of the planet Mufaron, when in fact he went there in season three episode eight. Im laughing just thinking about it.