YOUTUBE clips of kids doing adorable things are being produced on an industrial scale.

Welfare experts have reported children being filmed for up to 14 hours a day in situations that capture their clumsy, beguiling innocence.

Some spend their entire childhoods in video production facilities, talking nonsense and hitting things with sticks while dressed as tiny chefs.

Paediatrician Julian Cook said “We had one case of exhaustion where an eight year-old collapsed after her dad filmed her playing Ramones songs on upturned saucepans for 12 hours.

“The internet video star is the modern equivalent of the Victorian child chimney sweep.

“Personally I think they’d be better off up a chimney. At least there’s a practical benefit.”

Many under 12s have been displaying signs of ‘cute ennui’, a syndrome in which the subject becomes listless and withdrawn at the sight of a parental smartphone.

Six-year-old Nathan Muir said: “I had to stick my hand in jelly but I missed the bowl.

“Mummy got angry and said that if I didn’t do it we wouldn’t have a house any more and I’d have to sleep outside until monsters got me.”

Crow and Johnson 'will succumb to sexual tension' 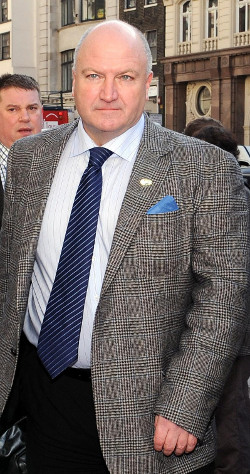 BOB Crow and Boris Johnson will soon submit to the sexual tension between them, according to ACAS.

Meetings between the two have ended with both storming out of the board room to discuss with their friends how infuriating the other is and to ask why they can’t stop thinking about them.

Negotiator Wayne Hayes said: “We were really close to agreeing basic staffing levels when Boris brushed all the papers off the desk, stammered something, then broke down in tears.

“Bob rose from his chair, went to brush a lock of Boris’ hair from his face, then sat down again. I’ve been doing this job for 40 years and I’ve not seen heat like this since the days of Scargill and Thatcher.”

Friends of Crow say that he ‘has always had a thing for blondes’, with a source close to Johnson confirming that Lady Chatterley’s Lover is the mayor’s favourite novel.

Recent pictures of Crow on the beach in Brazil have only served to fan the flames of passion between them, with Johnson delaying a meeting to avert further strikes while he decides what outfit to wear.

In a recent poll, 75 percent of commuters said they could handle the mental image of the pair writhing on the floor, their meaty hands crushing each others’ thighs and shoulders, if it meant not having to go on buses.

A Johnson aide said: “We need this sorting. He spends all day in his office, staring out the window and humming I Just Can’t Get You Out Of My Head.”