I had sex with a woman, says Miliband

LABOUR leader Ed Miliband has claimed to have done it with a girl.

Miliband said: “I’m too much of a gentleman to reveal her name, but I will tell you that she was ideologically committed to solving issues of unequal wealth distribution.

“We met when I was 24 and attending a summer camp for social democratic teenagers in Sweden. I could pass for 18 at the time, I was a late developer.

“Afterwards I couldn’t find one of my socks.”

Miliband said he didnt take any photographs or contact details for his Nordic lover out of respect for her privacy, but it definitely happened.

The Prime Minister replied: “So what? My wife’s dad’s a Viscount. Beat that.” 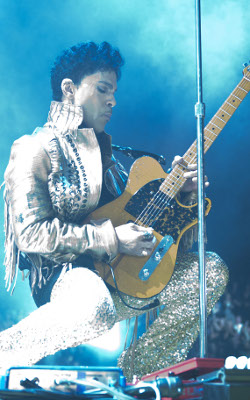 MUSIC legend Prince has played an unannounced gig in an eight-foot length of discarded steel pipe on waste ground.

The pipe, located on a bed of rubble on the site of a former asbestos factory in Acton, saw the diminutive pop star perform hits to an audience of homeless men.

White cider devotee Big Connors said: “We were peaceably passing around a stolen bottle of Vodkat when we heard the unforgettable opening riff of Kiss.

“After a brief altercation about whether the little man was a leprechaun we all settled down and enjoyed the show, though we blacked out during some of the longer funk jams.”

Prince performed with soul singer Lianne La Havas and Scottish alcoholic Rabbiting Jimmy, who sang a medley of half-remembered Proclaimers songs down the pipe before punching out at an imagined figure from his troubled past.

So far the star has done secret gigs at the Garrick Club, the disused Aldwych tube station 100ft below street level, Nandos in Orpington, on the roof of Buckingham Palace but at the back where nobody could see, and in the gents at the O2 during a Taylor Swift concert.

Prince fan Emma Bradford said: Who knows where hell play next? A dredger on the Thames? A country house in Hertfordshire? A urinal/stairwell in a Hackney tower block?

Wait, can anyone else hear When Doves Cry coming from my knickers?