MANDATORY microchipping is a serious erosion of civil liberties, according to dogs.

Dogs believe government plans to microchip them all are a step towards a totalitarian state.

Three-year-old Cairn terrier Rocky said: “The government is using the whole ‘dangerous dogs’ thing as a smokescreen. The authorities just want to know which dogs are members of subversive political groups.

“I can’t believe a Western democracy is doing this, it’s like North Korea or something.”

Rottweiler and conspiracy theorist Chunky said: “They don’t care about us biting people or making poodles pregnant, this is really about the risk that we might stray onto secret government bases where they’ve got UFOs.

“Also our highly developed senses make us a constant threat to the powers-that-be. I could overhear a top-level meeting about Trident from 15 miles away if the wind was in the right direction.

“If you get caught, MI5 vets remove bits of your brain until all you can do is play with squeezy bones.

“By telling you this, I’ve made myself a target.”

At last, we can fix the economy, say Tory MPs 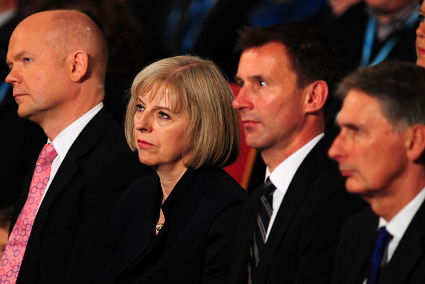 TORY MPs last night said they could now get on and fix the economy as they would no longer be distracted by gay marriage.

The backbenchers have already unveiled a series of policies including giving mortgages to people who cannot afford them, getting banks to continually sell those mortgages to each other and giving tax breaks to Britain’s payment protection insurance industry.

The Bank of England also expressed its relief. A spokesman said: “Our economists have been completely paralysed by this issue. Whenever we asked them how to fix the economy they just looked at us blankly and said ‘more gayness?'”

Meanwhile, the Society of Gay Entrepreneurs said its members could now get back to creating jobs after being distracted by Tory opposition to gay marriage.