BRITAIN’S gay couples have taken another step towards being able to quote that bit from Captain Corelli’s Mandolin about volcanoes.

MPs backed the Equal Mandolin bill paving the way for gay people to have their own nauseatingly self-indulgent ceremonies that will cost their friends hundreds of pounds to attend.

Lib Dem backbencher Jane Thomson said: “Gay weddings are the same as straight weddings. Fucking dreadful. Why should the friends and family of gay people be protected from nine hours of unremitting discomfort?”

Labour MP Tom Logan said: “The love I have for my partner is equal to any form of love that is like a volcano that has roots.

“And we should have the same right to watch our guests glaze over as one of our friends from university reads out a thing about breathless eruptions. But does it in a rather showy way in a pathetic attempt to steal some of the limelight.”

“It is and always has been a matter for planmyghastlywedding.com.” 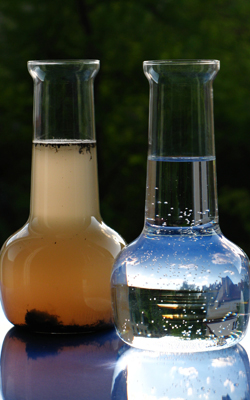 THE UKs water companies have unveiled a two-tier water supply, comprising poisoned water and more expensive water that is safe to drink.

Under the scheme, ordinary tap water has been renamed Aqua Deluxe and costs five times as much, while Aquasaver Economy water contains toxins likely to cause blindness and mild mutation.

A water industry spokesman said: It’s about customer choice. Some people will want to pay a little extra for their water, and others will prefer to be poisoned.

Were not forcing anyone to pay more, just giving them the chance to save money by drinking water containing strychnine, stale rats and whatevers in the barrels we bought off British Nuclear Fuels.

Rest assured, you will not be able to sterilise this water by boiling it.

He added that a pilot scheme had already been successful, with the vast majority of customers switching to more expensive water after suffering convulsions, toenail loss and hallucinations of ‘evil furniture’.

Consumer Tom Logan said: Due to budgetary restraints I get the poisoned water and mix it with Ribena to make a refreshing, poisonous fruit drink.

After several weeks of this a small face has started growing above my left nipple.”

A spokesman for water regulator Ofwat said: This is terrible, we’re coming down on their asses with some serious, hardcore voluntary guidelines.