THE record numbers of people now trapped in the capital believe they have little chance of returning to freedom.

London captive Tom Booker said: “I’ve tried everything to get out, even getting a job in Birmingham, but when you drive out of Zone 5 you just hit a kind of forcefield.

“I suppose I will die here, among the twats.”

Bar worker Wayne Hayes said: “I’ve tried tunnelling out but my lungs are too weak from the pollution.

“London was my dream, but the streets are not in fact paved with gold. In fact there is shit all over them, both canine and human.

“I thought I would have a successful viral marketing company by now, but thanks to my sleeve tattoos I am stuck in bar work, making barely enough to cover the cocaine I need to keep me sane.”

A&E waiting times would improve if you weren’t such idiots, say experts 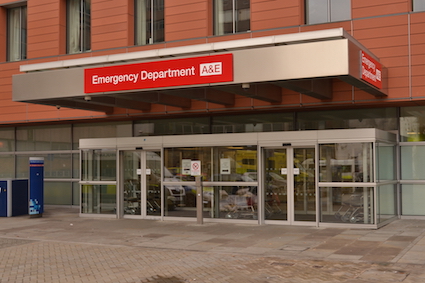 ACCIDENT and emergency waiting times have worsened because Britain is so full of cretins, experts have confirmed.

Researchers found the key issue affecting hospital A&E provision was not funding or organisation, but the sheer heft of Britain’s collective stupidity.

Martin Bishop, a 33 year-old man who is currently sitting in an A&E department in Stevenage, said: “I’ve got a bit of a sore throat.”

Professor Henry Brubaker, from the Institute for Studies, added: “For fuck’s sake.”

According to the Institute, A&E waiting times have increased as Britain’s educational standards have plummeted.

Professor Brubaker said: “We experts call that ‘correlation’. Don’t look it up in a dictionary, because you’ll probably end up setting fire to yourself.

“In fact, don’t do anything or go anywhere. Just sit in the corner and shut your idiotic face.”