“Certainly that’s not something that would interest me. I only ever look at cycling websites after my wife is in bed. Because cycling is my hobby.

“I’m just curious though, how specific is this data. I mean, does it relate to specific addresses, like for example saying a hypothetical man in a hypothetical house is into Asian girls in air hostess uniforms?

“Because in the wrong hands that information could really make that hypothetical person’s life quite awkward.”

“That’s good. It must be really useful for their business to have a record of all that stuff.

“But just out of interest, how long do they keep that stuff for? Does it get wiped after six months?

“Are they legally prevented from revealing anything to a wife or employer? Also I’ve got a Mac, could the webcam be recording me?

“I mean none of that would affect me anyway. I’m just interested how websites work.”

All 50 US states now terrifying to British people 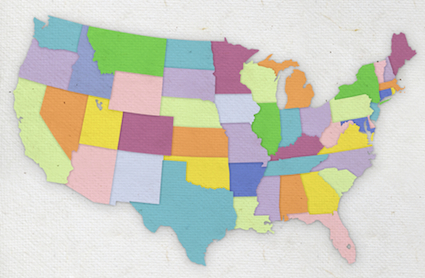 ALL 50 US states are now incredibly frightening if you are an ordinary British person, it has been confirmed.

Previously Britons were scared only of the religious Southern states, the creepy, midwest survivalist states and the insane parts of California.

But the ‘polar vortex’ means the British now regard almost normal places like New Hampshire, Illinois and Massachusetts as extremely terrifying death traps.

Tom Logan, from Hatfield, said: “America is now the same as Australia. Below the veneer of familiarity there is an unsettling weirdness and/or the unstoppable horrors of nature.”

Jane Thompson, from Peterborough, said: “I was in the habit of visiting normal America every couple of years. But normal America is currently colder than Mars.

“So that’s that fucked.”