ANYTHING that makes you unhappy is a direct result of class war, it has been confirmed.

The ways in which you are being attacked because of your socio-economic status now include nasal hair, jerky movements and more than 18,000 different noises.

Julian Cook, from Stevenage, said: “I had to queue at the cinema on Saturday simply because I went to a private school.

“Everyone who works at Kings Way Cineworld is a vengeful Marxist.”

Martin Bishop, from Doncaster, added: “The sausage thing I bought from Greggs yesterday was not as good as the one I had last Friday. It made me feel powerless.

“But of course Greggs is owned by Benedict Cumberbatch and his fancy London friends.

“I am now going to hang a flag from my window using my big, dirty thumbs.” 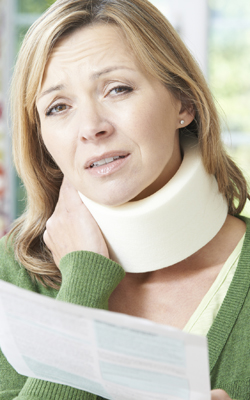 THE UK’s home workers have hit out at TV advertisers’ assumption that they are compensation-obsessed lowlives.

“Are you currently feigning injury? You should be”

Although the number of people working from home in the UK is approaching five million, they are still forced to watch adverts for funeral plans and payday loans which cause significant degradation to their self-image.

Programmer Stephen Malley said: It was only when I saw all the big Christmas adverts on The X Factor at the weekend that I realised Im a second-class televisual citizen.

While everyone else comes home and is treated like a viable economic unit, Im singing payday loan jingles, can tell you six different no win-no fee ambulance chasers and have direct debits to more than 20 dog charities.

Im earning a decent living, Im bored shitless, and Ive got a laptop which is basically a portable shopping centre. Sell me shit, damn you.

A spokesman for the Advertising Association said: They may imagine themselves to be relatively successful, but high achievers would never be caught watching MTV Base in the middle of the day.

People who work from home are feckless work avoiders who just happen to get wages instead of dole.”