Fat Girls Having Best Day Ever

FAT girls are having the best day ever after a scientist said all the skinny girls were going to die first.

Emma Bradford, 18-stone of girlmeat from Doncaster, said: "You may have skinny little legs Nikki Hollis, but in 20 years time you'll be dead and I'll be the one bouncing up and down on your boyfriend until he bursts.

"I'll be thinking of you as my giant thighs almost smother his grinning face. Then I'll put on my massive pants and make him a big, sexy breakfast of sausages and pies."

Emma warned that acquiring a healthy set of thighs takes a lot of hard work and would not happen overnight, but advised would-be thigh perfectionists to start with a box-set of One Tree Hill and an enormous amount of Pringles.

The thigh boost comes just 24 hours after a magazine published a naked photograph of an attractive woman with at least two chins and a belly.

Dr Margaret Gerving, director of the Simply Be Foundation, said: "We have been saying for years that big girls offer much better value for money.

"They live longer, they have stronger personalities, they clean their plate and they can take several days to explore."

She added: "Now then, who's up for a chocolate sandwich?"

Teenagers 'Did Not Want To Blow-Up School' 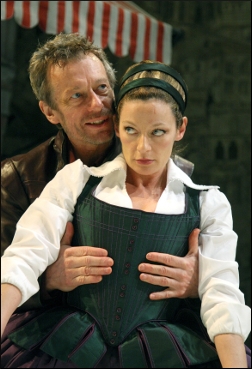 TWO pupils at a Manchester school have not been planning to blow it up, a court heard yesterday.

Friends Stephen Malley and Nathan Muir, both 16, are accused of enjoying their lessons, having a wide circle of friends and at no time fostering a burning and inexplicable desire to destroy all mankind.

The pair allegedly plotted to stage a school production of Shakespeare's The Taming of the Shrew set to the music of Katy Perry. The boys' English teacher, Bill McKay, described the project as 'interesting, imaginative and utterly terrifying'.

Prosecuting counsel Julian Cook said the pupils were 'so warped by decency, naivety and fresh-faced humanity as to be unrecognisable by modern standards'.

He added: "Most of us remember school as a time of confusion, fear and permanently wedged undercrackers.

"It may sicken you to hear this, but these boys never once ducked out after registration to kill rats in an underpass while skulling Polish supermarket vodka."

Defence counsel Roy Hobbs dismissed photographs of the boys helping out at a local nursing home as 'prejudicial' and said he would present footage of them listening to awful whiney pop-metal and cutting each other with sharpened crucifixes.

Local skank and mother of six, Nikki Hollis, told the court: "I blame their parents for still being together."

Ms Hollis said her daughters used to be friends with the boys until they refused to impregnate them from behind under the flickering neon light of the local 24-hour garage.