Fifth Horseman of the Apocalypse revealed as 'Stupidity'

WAR, Famine, Pestilence and Death have a fifth companion known as Stupidity, experts have discovered.

The find was made in an obscure passage in the Apocrypha of St Nigel, a little-known fifth-century Saint who is patron of  talking loudly in pubs and deliberately driving your car into a tree.

St Nigel was martyred after falling down a manhole to the sound of a host of angelic sad trombones.

Bible expert Tom Logan, from the Institute of Studies, warned the discovery suggested the end times might be upon us.

He said: “The passage in question makes a direct reference to the ‘last trump of doom’ when Stupidity would ride forth to bring manifold miseries upon all the lands of the Earth.

“In his left hand he held a great scroll upon which were uncounted numbers of unsourced memes which reinforce thine prejudices, and when opened it rained forth a plague of fatuousness upon humanity.

“And all comments threads followed after him.”

England assumed everyone in Scotland was working class 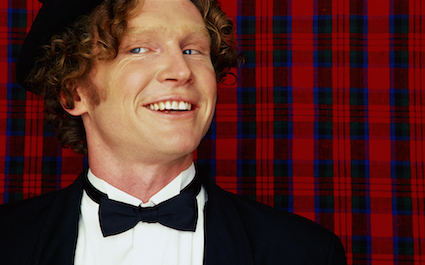 ENGLAND has been surprised to learn that not everyone in Scotland is a foul-mouthed manual worker on the minimum wage.

As word reached England of electoral gains for the Scottish Tories – previously considered a myth – English people have been forced to hypothesise the existence of right-wing, or even posh, Scottish people.

Researcher Norman Steele said: “It’s all conjecture so far, but if we assume a wealth curve similar to England’s we find ourselves confronting the idea of a Scottish ‘middle-class’.

“These people, who neither work in shipyards nor shoot heroin, are a mystery to us. No British politician even knew they existed. We should try and catch one and see what it does with a knife and fork.”

Bill McKay, a chartered accountant from Perth, said: “I’m just as capable as any English person of drinking Chablis, watching Downton Abbey and voting with my wallet.”