A COUPLE could not stop themselves bragging on Facebook about buying their first house, it has emerged.

Although most of their friends are unable to afford a home, Nikki Hollis and Stephen Malley shared a number of images including a close-up of their house keys with the caption ‘The new crib #owning #it’.

Malley said: “We’ve worked really hard, and Nikki was smart enough to have a rich dead aunt. What are we supposed to do – just quietly move in?

“Resisting the urge to boast about property purchase is the greatest challenge facing our generation. Sadly we weren’t strong enough this time – maybe we’ll keep quiet when we buy another larger house with a massive double garage.

“I doubt it though.”

Hollis said: “Having something that many of our peers desperately want makes boasting irresistible. Luckily I have the deeply cynical attitude that everyone else is just as awful as us, which neatly justifies whatever we do.”

Hollis’s mother Laura said: “I’m just sorry I couldn’t help my daughter when she posted a photo of her first candlelit meal in what she referred to as her ‘new casa’. The government should have intervened to stop her.” 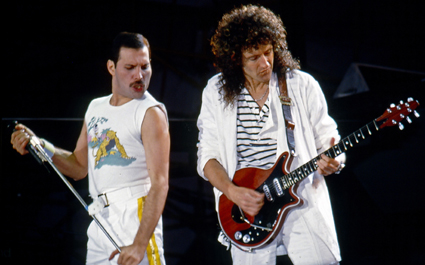 A FAN of Queen has realised that everything about the band is ridiculous.

Roy Hobbs, who has been listening to the group for 30 years, said: “I always assumed I loved Queen, but kept having this niggling thought that their music is cheesy glam rock they’re playing just to amuse themselves.

“I knew this couldn’t be true so I put on their 1978 album Jazz, only to be reminded it was indeed full of stuff like Bicycle Race and Fat Bottomed Girls, which are basically novelty songs.

“Then I listened to The Works, which features some drivel about machines – who don’t feel love or hate – taking over the world.

“This reminded me of their musical, We Will Rock You, where rock music is banned in a conformist dystopian future. Grown men thought of that.”

Hobbs also noted that three of the band are incredibly square and two of their albums are padded out with soundtrack material from films like Highlander.

He added: “Everyone bangs on about how they played in South Africa during apartheid, but that’s actually less worrying than the Flash Gordon album.”