Five basic facts dads will never know about their kids

WORRIED about the huge responsibility of fatherhood? Chill out. It’s such a walk in the park that you don’t even need to learn these simple facts about your kids.

Personalities are confusing. Who knows what your kids have been thinking all their lives? If their bedrooms had football posters they were probably into that. Or pop stars or even reading. The only time it will be an issue is for birthday and Christmas presents, and a wine set or a spoof Ladybird book will take care of that.

How old they are

How can dads keep up with this fact that changes every year? Instead, they will just generally consider you to be somewhere between 18 and 30, even if you’re 49 with three grown-up children.

How to give them a decent name

Dads have a busy routine of thinking about mowing the lawn, so it’s unreasonable to expect them to think of appropriate names for their spawn. That’s why it’s popular to name their offspring after themselves and chuck ‘junior’ at the end. The worst offender is Nigel Lawson, who simply called his daughter Nigella, rather like calling your daughter ‘Grahamette’.

Is this person your child brings along to every family event their partner or a really good friend? It’s been happening for a few years now so it would probably be rude to ask. Are those their kids or are they just looking after them for someone? Ignore this awkward issue until you’ve tidied up the shed.

Whether they’re estranged or not

A dad who hasn’t received a father’s day card in a decade won’t give it a second’s thought. In fact he’ll be proud his kids aren’t wasting money on this nonsense occasion. Meanwhile mums will shit a brick if the weekly phone call is a minute later than scheduled because that clearly means her kids hate her. 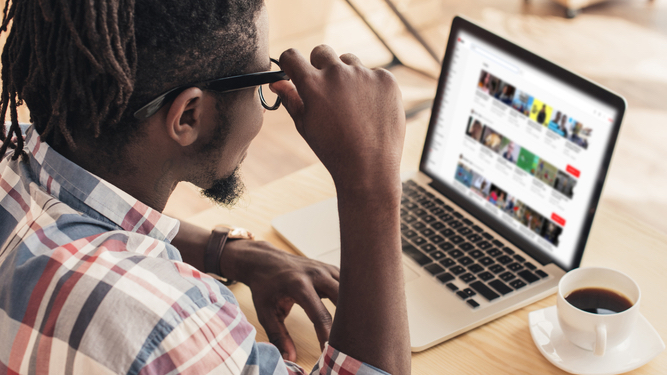 YOUTUBE loves to batter you over the head with the same adverts. Here are the five same terrible ones you’ll have to watch forever.

Young American millennials try to get their dream jobs by writing wordy resumes filled with sloppy grammar. But Grammarly will come to their rescue and fix everything with a few clicks of the mouse. Like the Terminator, it absolutely will not stop, ever, until you are dead.

A bloke with a very punchable face promises to clue you in on the secret to how he managed to make a fortune. Save your money – he’s either a failed actor or he’s rented that flash car and house with the pool and hot tub. In reality he lives in a one-bed flat eating cold baked beans out of a can every night.

House investment woman may be the partner of Smug investment guy. Or at least he’s the only person who’ll put up with her constantly buying, doing up and then selling her house, roping him in to help pack all her shit into boxes every couple of months and then hiring a van to move it all. Eight properties down the line, she’s upgraded from the two-bed semi she started with all the way up to a three-bed detached house with a car port.

You puny weakling, wasting your time watching videos on YouTube. Follow steroid fitness guy’s 10-step plan and pretty soon you’ll be a ripped hunk wasting your time doing bicep curls, star jumps and planks in your bedroom. And trying to buy dodgy steroids from some bloke called Dimitri from Volgograd who you met on the dark web.

Perky, sporty, smiley woman tells you she’s too busy to cook because she’s too busy being perky and sporty and smiley. For a fee, you’ll get sent a box full of ingredients, which you then assemble into a meal. Kind of like cooking really. Or you could just call your local takeaway and get them to deliver stuff you’ve actually heard of and know you like.