Freak just sitting there not looking at technology

A MAN sitting in a cafe without looking at any sort of screen has been condemned as a freakish misfit.

Onlookers described how 36-year-old Julian Cook was just staring out of a window, presumably because he is a total weirdo.

Passerby Mary Fisher said: “His face was pointed at the street rather than being angled down to look at a phone or laptop.

“It was eerie. He was just looking at things, or perhaps even thinking. Probably about doing some horrible crime.”

Fellow customer Wayne Hayes said: “My initial reaction towards him was a strong feeling of hostility, which is the reasonable way to respond to anyone slightly outside the norm.

“But then I thought, he probably isn’t looking at a phone because he can’t afford one, or he’s just got some shitty old Samsung that he’s ashamed to pull out in public.

“Why else would he want to miss out on social media? There’s so much great stuff on it.

“Still, at least he’s not reading a book. That would be too fucked up.” 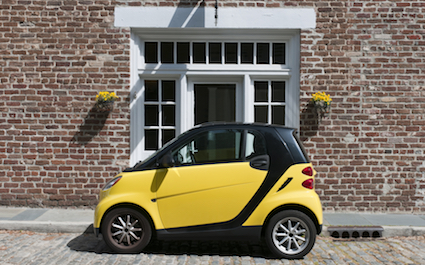 THE owner of a Smart car has admitted that the car he drives is overcompensation for his prodigious penis.

Joseph Turner, from Haringey, confessed he must have chosen the the smallest car on the road because subconsciously he is tired of being known as ‘the guy with the 11-inch wang’.

He continued: “I’m embarrassed of how obvious it must be to everyone else.

“When the lads at work see me deftly manoeuvring it into a tiny parking space with a grin of self-satisfaction, I feel ashamed because I’ve basically given away exactly how much I’m packing.

“I can’t help it. When I’m driving I want to escape, not be in command of some huge, powerful thing that other men envy but is actually more inconvenient than useful.

“I don’t have to thrust out into traffic or overtake everything on the road. I can just pootle along at 60, enjoying being unshowy, diminutive and unconventionally attractive.

“One of my colleagues scratched ‘Joey Trousersnake’ into the drivers’ side wing last week. Men can be so cruel.”