Fury as allotment gardeners discover vegetables can be bought in shops

PEOPLE with allotments are reeling from the discovery that vegetables can be bought with cash.

Emma Bradford, A 31-year-old architect, said: “There’s a 2,000 year waiting list for allotments in my area. I only got one after agreeing to a three-way with two old men called Reg and Roy.

“An allotment is endless days of digging, raking and watering, all for a manky lettuce that looks like it’s been blasted with a shotgun.

“So you can imagine my horror when I cycled home past a building that was literally full of fucking vegetables.

“The ‘greengrocer’ said I could buy as many of them as I wanted. They were cheap too. I went back to my allotment and peed on it.”

Stephen Malley, a 36-year-old allotment holder, said: “Apparently I could have gone to one these shops and bought a sackful of carrots for a few quid.

“But what I want to know is do they taste the same? Or do they just taste very, very similar?” 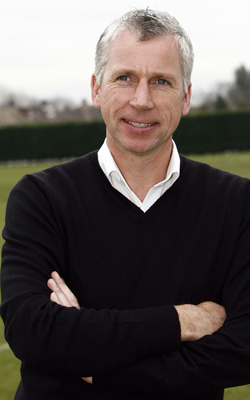 NEWCASTLE have volunteered to be relegated from the Premier League, following their 6-0 defeat at home to Liverpool.

As the table stands they would have an excellent chance of avoiding demotion, but the club said it would be for the best if they were to drop down to the second tier to avoid further embarrassment.

They have asked if they can go down straight away, playing their last three fixtures against Championship opponents rather than Premier League teams.

Newcastle manager Alan Pardew said: “That 6-0 defeat hit us hard. Every last player in our team was crying like a baby in the dressing room and nobody from Liverpool came in to say that they were sorry, even though they must have been able to hear us through the wall.

“If it’s all the same to everyone, we’d prefer to play teams like Doncaster Rovers.”

This is not the first time this season a team has volunteered for relegation – Queens Park Rangers asked to be relegated in September after seven games of the 2012-13 season but were refused permission.

Following the draw with Reading that confirmed their demotion, a smiling Harry Redknapp said: “We had to do it the hard way but we got there in the end.”