Geniuses just pretending not to have common sense

ACADEMICALLY exceptional people are lying about their inability to do everyday domestic tasks, it has emerged.

Researchers at the Institute for Studies found that geniuses were quite capable of looking after themselves and simply promoted the idea they were somehow childlike to avoid doing the washing up.

Professor Henry Brubaker said: “Every genius from Einstein to Turing has relied upon someone else to do their washing up and wash their pants, revelling in the paradox that super-clever people somehow can’t do simple, boring tasks.

“Clearly this is bollocks – if you can unlock the secrets of the universe using only a piece of chalk and a blackboard you are quite capable of pushing a mower up and down a lawn, or cleaning a toilet.”

When asked by his wife to put out the rubbish, Einstein would deliberately empty the bin on the kitchen floor and pretend he did not understand how bins or rubbish worked.

Mathematician Mary Fisher said: “I do fuck all at home because I pretend to be brilliantly eccentric.

“When my partner asks me to hoover up I just say I can’t because I function on a different level to the rest of humanity, like Russell Crowe in that film. Not Gladiator, the one where he does maths.” 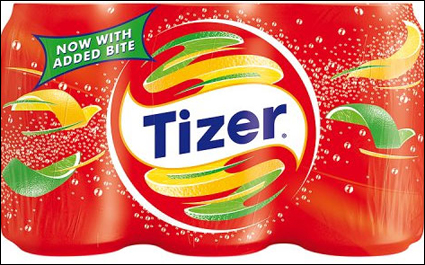 TIZER has been named a fizzy drink of outstanding cultural importance by the UN.

The red-flavoured drink can now only be produced in the Tizer region by accredited master popmakers, using methods that date back to 1987.

Tizerologist Nikki Hollis said: “This will help protect the integrity of Tizer for future generations by ensuring that only traditional, artisanal preservatives and the precise levels of sweetener are used.

“Its famous bright colour has to be created using the time-honoured method of pouring a load of red stuff into the vat.”

The precise geographical location of Tizer country was delineated by the UNESCO judges, stretching from the reception desk at the front of the factory all the way to where they stack the empty barrels round the back.

The news has brought hope to producers of other British classics, with the makers of Frazzles and Parma Violets preparing bids to receive protected status. One potential stumbling block may be in deciding if a product cannot be made elsewhere or if it is just that nobody else wants to make it.

Tizer fan Roy Hobbs said: “It’s a great day for Tizer and a great opportunity to tell Irn Bru to go fuck itself.”