The number of spoon incidents was down 9% to around 217,000, with detection rates up by 4%. Teaspoon crime remained the biggest single source of spoon problems after the ban on ladles.

Smith said: “Attacks by carnivorous plants are at an historic low, cheese fraud is now virtually unknown, and sheep gangs have been brought under control.

“There are still a number of intelligent sea creatures who are stealing dogs from beaches but we are hoping to see the effects of an amnesty later this year.”

Smith added: “We also have a village of alien children with spooky eyes who are enslaving people with their brainwaves, but they're all well below the age of criminal responsibility.”

Wayne Hayes, a Neighbourhood Watch co-ordinator from Devon, said: “Some local youths threw plastic spoons at my wife, but when I called to report it, all the police wanted to know was whether she had been to Pakistan in the last 12 months.

“During the call I happened to mention that my electrician was an olive-skinned Brazilian and within minutes I had four guys kneeling on my chest and a gun up my nose.”

The only bleak spot in the crime figures was a near doubling in sadistic torture and random stabbings, a trebling in gun murders by children and a 400% increase in the number of people being shot in the face by the police. 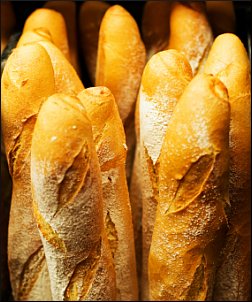 BRITAIN loves having orgasms and is currently enjoying the most intense and sustained feelings of genital pleasure since records began.

More than 70 per cent of people polled said they enjoyed a climax, with only a quarter saying it was a fuss about nothing, all of whom were either women or Liberal Democrats.

Favourite places to experience orgasm included on top of the neighbour's washing machine, the lower deck of the bus, and almost anywhere inside someone else's body.

Professor Bill McKay, Director of Getting It at the Institute for Men, said the orgasm had greatly increased in popularity in Britain after it was discovered it was not invented by the French.

He said: "Once it was proved that women could also experience this intense pleasurable feeling, and not just when they were on their own, the floodgates opened."

Dr Wayne Hayes, a leading sociologist, dated the change in attitude to the decline of religious authority in late 20th Century Britain.

He said: “It used to be that Sunday mornings involved getting out of bed and sitting in a draughty church listening to some hypocritical kiddie fiddler banging on about the evils of sex before marriage.

“Gradually we all realised you could stay in bed, have a coffee and then blow your muck up some enthusiastic blonde without your knob being struck by lightning.”

Nikki Hollis, Director of Getting It at the Institute of Women, said: “Are you in yet? You are? Oh, well that's just great then.”