How to avoid being guilt-tripped into attending a protest

EVERYONE you know is furiously tweeting about attending a protest, but you want to watch telly. Here’s how not to get blown off-course by snivelling do-gooders.

Say that currently your mental health means you can’t attend crowded, angry, events that aren’t on your sofa but instead you will be ‘hometesting’. Put pictures of yourself making a witty anti-Brexit banner on the internet, sit back, and catch up on Succession. Much better.

Launch your own protest

People’s Vote? Extinction Rebellion? So middle-class and so over. Tell friends that you’re launching your own protest movement about something sufficiently obscure – Amazon’s unfair monopoly of European software patents should do it – encourage them all to attend, and watch them all fall silent.

Out protesting? Contributing to the city’s carbon footprint? No, you’re staying home to have solar panels installed. Not mentioning that your definition of solar panels is a big conservatory. It’s still harnessing the sun, apart from the underfloor heating.

You’re white, cis, middle-class, liberal, and theoretically elite. By staying away from protests you’re actually making them more diverse and allowing marginalised voices a platform to make themselves heard. Anyone like you who attends, for example everyone you know, should be ashamed of themselves.

Simply block everyone on Facebook, Twitter and Instagram who even mentions going to a protest. Then be horrified at all the right-wing monsters who are all that’s left and spend the day battling their offensive views from the comfort of home. Doing just as much good. 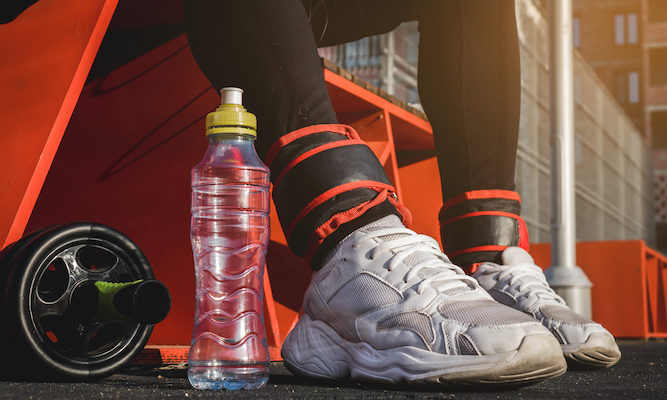 LEADER of the Commons Jacob Rees-Mogg has arrived at Westminster in his gym clothes because it is Saturday, he has confirmed.

Rees-Mogg entered parliament in white running shoes, black track pants, a lime-green sleeveless top bearing the slogan ‘SQUAT GOALS’ and a matching headband, asserting that since it was the weekend the normal dress code did not apply.

He continued: “It’s Saturday, yeah? Should be liftin’ with my doggz, not stuck in this hole.

“Hopefully we can get this shiznit wrapped up and I can get back down the weight room, do a couple hours on my quads, chillax then log onto Fortnite for the evening. New map is hardcore.

Rees-Mogg then entered an anteroom before emerging in a three-piece pinstriped suit and said: “Now, gentlemen. May we proceed to the business of the House?”