How to tell someone they're wearing too much f***ing aftershave

ARE YOU in the vicinity of someone doused in so much scent that they leave a wake of aggressive migraines? Here’s how to break the news.

Pointedly walking away from someone is rude. But as rude as someone applying so much essence of cat’s anus to their neck their smell trail can still be followed 40 minutes after they’ve left a room? No.

Fake some kind of attack

Coughing, choking and rolling around on the floor clawing at your neck will get their attention. When they ask what’s wrong, say ‘My airways are closing up, but don’t let my asphyxiation stop you from bathing in Joop! Homme.’ If they don’t leave, at least you know they genuinely want you to die.

Fuck it, everyone’s running to HR about everything now, why not you? It not only avoids confrontation but provides a stimulating atmosphere of passive-aggressive workplace paranoia when memos suddenly arrive declaring the office a ‘scent-free environment’.

Anyone who thinks a liberal application of Davidoff Cool Water makes them sexy is probably a psychopath and has certainly bought one of those supposedly woman-attracting pheromone sprays from a magazine. Ditch them immediately.

Punch them in the face

Trapped with the offender in a relatively small space? Overwhelmed with their vile reek?  Your only option is to take them down. Go for it. Everyone will thank you. 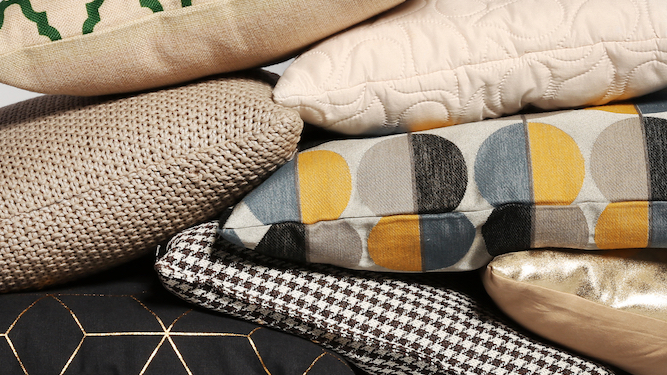 A MIDDLE-CLASS woman reported missing by her family has been found buried under an avalanche of throw pillows in her own home.

Helen Archer, who is currently recovering in hospital, admitted causing the pillowslide after trying to fit on six new ones she had bought that day from Next.

She said: “The settee, which nobody’s allowed to sit on because it disturbs the arrangement, already had more than 168 throw and scatter pillows on it. In retrospect that was a few too many.

“I put the new ones on in descending size order according to custom, stepped back to admire it and heard an ominous creaking.

“The next thing I knew I was buried in an avalanche of plushness, sequins, faux fur, and curlicued script saying something about love. I tried to call out but my voice was simply too muffled.”

Rescuers have been criticised for not searching beneath the pillows earlier even though the house’s garden contained a ornate birdbath and the downstairs loo had four different Yankee Candles, both clues pointing to a middle-class disaster.

Archer managed to survive for three days on a half-bottle of rosé and a pot of hummus. The incident came a week after a Cotswolds man was rescued from within his own North Face clothing, having been trapped for over a week.