TOM Logan has failed miserably to predict the winner of the Grand National, earning contempt from colleagues.

While fellow workers revelled in their winnings, Logan was forced to admit that he’d made the baffling decision to back a horse that didn’t even finish the race.

Emma Bradford said: “I’d always had a high opinion of Tom, but now I understand that he’s a moron.

“We were all gathered round comparing what we’d spent our National winnings on when Tom made some comment about his horse pulling up at the 14th.

“Nobody could believe that an intelligent man who has a respectable office job could fail so miserably to predict the winner of a horse race.”

While 39 horses started the Grand National and winner Rule The World was a relatively unfenced 33/1, every single person in Logan’s office appeared to have seen the win coming.

Tom Logan said: “In hindsight it was a pretty stupid mistake to make. I could bet on the race now I’d go with Rule The World, although I might still go each way.

“When I suggested that betting on the Grand National might involve a degree of luck, everyone went silent. Then my boss told me I’m working overtime next weekend.”

Potheads mourn author who got them back into reading 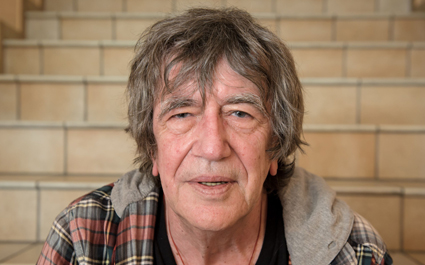 CANNABIS users are mourning the death of Howard Marks, whose autobiography got them back into reading.

Marks’s Mr Nice, a memoir of his drug smuggling exploits, was a literary milestone for many weed smokers who had previously lost interest in most books about a third of the way through.

Cannabis fan Tom Booker said: “I read books at school, then there was a hiatus of about a decade when the only thing I read fully was the graphic novel Watchmen.

“I started dozens of books but found them a bit confusing and I couldn’t relate to the subject matter because they weren’t about weed or out-smarting the police. Apart from that my cultural life was limited to Bill Hicks DVDs.

“However Mr Nice gripped me throughout. What a life. Ever since then I’ve been meaning to read another book, apparently there’s some cracking ones out there.”

Weed user Mary Fisher said: “Mr Nice made me realise books are not just oblong things that get lost down the side of the bed.

“They should put it on the GCSE syllabus instead of A Kestrel for a Knave, which is super depressing.”