If your children don't get a total of seven days school before summer they will be thick forever, government confirms

THE government has warned that if children do not get seven days education over the next two months they will always be thickos.

Education secretary Gavin Williamson, who is unable to sleep at night because of the opportunities deprived children are missing, told parents that this is their only chance to stop their offspring becoming lifelong morons.

He continued: “Ignore the teachers. They’re lazy, thieving vermin who’d say anything for another holiday, and yes that’s our official stance.

“But your precious children must attend for their allotted days, which could be as many as one a week, if we are not to raise a lost generation of shit-thick cretins.

“It might not seem like much, but that single day of teaching, spread over two half-days in classes of 15 wearing masks, will make the different between a first in maths from Cambridge and a career scrubbing hardened excrement from pig enclosures.

“Plus, once the kids are back at school, you’re free to work seven days over the next two months in half-day increments. So it’s worth it for the economy.”

Parent Joe Turner said: “He does seem to know a lot about being thick as f**k, I’ll give him that.”

Neighbour blaring music in garden actually made this mixtape for you 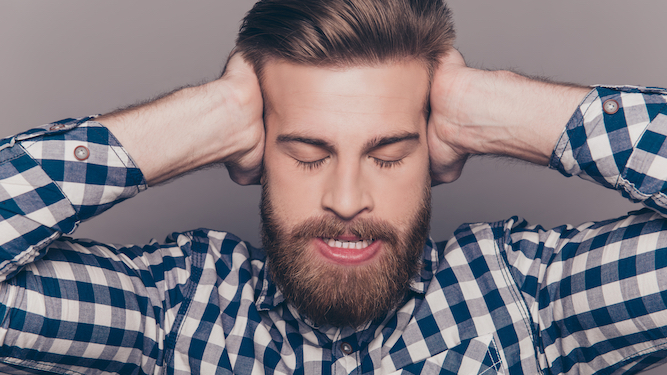 THE blaring music from next door’s garden is actually a playlist they have especially put together for you, they have nervously admitted.

43-year-old neighbour Tom Logan has spent the last month putting together a playlist to impress you and now the weather is nice just really wants you to hear it.

He said: “I love making mixtapes for people, and I thought it might make us closer together. So I waited until you were sitting down with a cup of tea and your phone before I put it on.

“I noticed you have a framed poster of a motorcycle in your conservatory, which I can see into from the garden. So I threw on some AC/DC, some Motörhead, a bit of Hawkwind, all that.

“And you often hang ripped black T-shirts on your washing line so I chucked in a bunch of emo nu-metal: Paramore, Evanescence, a little Linkin Park. Only the best for you.

“Anyway I’ve just seen you’ve unlocked the back door and you’re coming out to water the plants so I’m cranking up the volume and you’re in for a treat.

“Hope you like live versions of Thunderstruck, because I’ve put three in a row together for a total of 18 shredding minutes. Consider this my curated soundtrack to your life. You’re welcome.”