'I'm shocked, shocked to find that tax avoidance is going on in here!'

The chief of the local gendarmerie said he was ‘appalled to discover that the cafe was a secret den of loopholes where undesirables can exchange tips about offsetting buy-to-let mortgages’.

The cafe, run by mysterious American Rick Blaine, is a popular meeting place for high net worth individuals seeking to escape tax and start a new and better life under a Cayman Islands registered holding company named after their wife’s tiny dog.

Blaine’s background is unknown, with some claiming he was a gun runner for the republicans during the Spanish civil war, while others insist he has been the chief executive of Barclays Bank for the last 14 months.

Captain Osborne said: “Oh, he’s just like any other man, only more so.

“Rick is the kind of man that… well, if I were a woman, I should be in love with Bob… I mean Rick.”

But he stressed that it was his solemn duty to weed-out corruption right up until the point where it was no longer in his interest to do so.

Captain Osborne has built a formidable reputation in Casablanca and is known for his colourful catchphrases including, “round up the usual suspects”, “we’re all in this together” and “what on earth is a ‘cheese and onion slice’?”.

Meanwhile, critics insist the police chief is a frequent guest at Rick’s and also arranges tax cuts for millionaires in exchange for afternoon sex sessions in his office.

And earlier this year he was accused of a ‘gaffe’ after saying he could not decide whether legislation to close tax loopholes had committed suicide or died trying to escape.

Pop videos to get IQ ratings 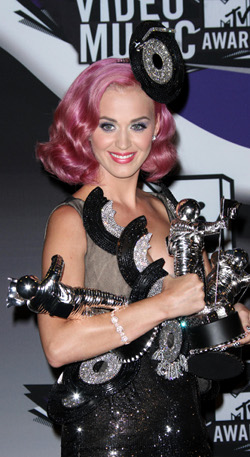 MUSIC videos are to be given IQ ratings to prevent frustration among the relatively intelligent.

Under new guidelines, music videos must display an intelligence rating at the start, giving viewers the option to turn off if they feel the inanity of the content may drive them to self-harm or an unbearable level of intellectual smugness.

The video for Katy Perry’s Part of Me, in which the singer joins a platoon of attractive female marines after seeing her boyfriend leaning over another woman, has been rated 50 IQ Points, or ‘suitable mostly for cretins’.

Dance Again by Jennifer Lopez featuring Pitbull, in which the singer writhes in a giant trough full of semi-naked people before turning silver, has been given an IQ level of 38.

French DJ David Guetta’s promos are rated between 12 and 23 IQ points – ‘liable to offend even the most rudimentary brain’.

“Often they open with the aftermath of a party, where models are lying around in states of undress with some farm animals running about, and then proceed to tell the story of the previous night, complete with angry parents, bikini-clad ‘cuties’ in a paddling pool and a breakdancing zebra.