A CARELESS child has failed to stop her mother from screaming in Tesco.

Susan Traherne, a toddler from Leeds, was idly standing in the dairy aisle of her local supermarket, watching her mother lose her shit for the past ten minutes.

An onlooker by the yoghurts, Carolyn Ryan, said: “That child’s mother was screaming uncontrollably at cheese and she was doing absolutely nothing to stop her. And we all just have to put up with it.”

Two-and-a-half year-old Traherne said: “I refuse to be judged by other people for the way my mother is behaving. Any kid in my position would understand the kind of day I’ve had with this woman and take pity on me.

“I keep telling myself it’s a phase and that she’ll grow out of it, but sometimes we meet up with my older cousins, and their mother is also prone to lose her shit with them.

“It’s not something many people will admit to, but if I’d known what a constant source of stress and shame a mother would be, I might have made different choices.”

Britain to get laid-back, breezy Australian cigarette warnings after Brexit 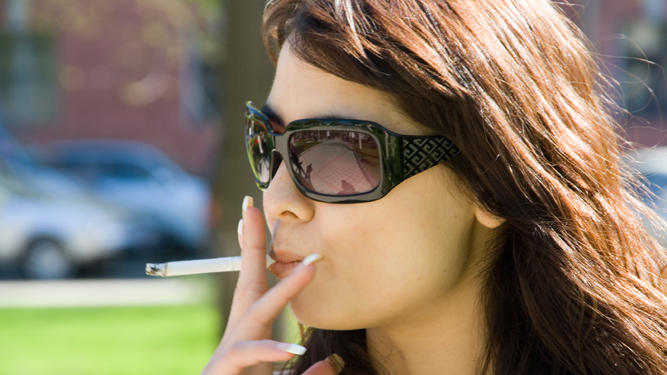 BRITISH tobacco warnings will be replaced by Australian ‘You probably won’t get cancer, mate, but go easy in case’ warnings in the event of a no-deal Brexit.

The UK will no longer be allowed to use harsh EU warnings and instead will print chilled Aussie ones, including ‘Not when the little buggers are about, mate’ and ‘Have a tinnie inbetween’.

Health secretary Matt Hancock said: “Australia isn’t like the nanny state EU. They know that the real dangers in life are riptides, crocodiles and spiders hiding under the seats of outdoor lavatories.

“So their health warnings on cigarettes, which at worst will save you the bother of spending your 70s in a care home, are relaxed, proportionate, and friendly.

“Pictures will include a cancer patient nonetheless smoking a fag and giving a thumbs-up, a tar-blackened lung riding the surf on the Gold Coast, and an outback-dwelling uranium miner with a ciggie in one hand and a Western brown snake in the other, laughing.

“There will be no impotence warnings because the condition is unknown down under, and nothing about smoking in pregnancy because those girls have got enough to worry about.”