Is your bonfire night effigy fun or will it have the police round?

EVERY bonfire night some bellend gets investigated for burning an offensive alternative to Guy Fawkes. Read our guide and find out if your guy will have the coppers round.

Is it obviously racist, you idiot?

You may think burning a 15-foot golliwog is harmless fun, but ask yourself: does it look incredibly racist? Avoid a chat with plod by using your brain to consider if it’s offensive, then just do Homer Simpson instead.

Does it appear to be a death threat?

You may not be a fan of, say, Jeremy Corbyn or Katie Hopkins, but burning them in effigy implies you’d quite like to do it in real life. Perhaps stick to fictional characters, because it’s a fun night for all the family, not the ending of The Wicker Man.

Is it just f**king weird?

Burning Donald Trump is clearly an attempt at satire. However if your guy is Nigella Lawson, Han Solo, Elsa from Frozen, Kirsty Wark or Bambi, you may be a deeply weird individual. Enjoy bonfire night, but do book an appointment with a psychiatrist the next day.

A good test is to imagine selfies of your grinning face in front of a blazing dummy of Harry Styles on social media. If you suspect people will be forwarding them to the police, make a less controversial guy, eg. Michael Gove.

Is it some dodgy local tradition that has not aged well?

Burning a fictional character from local folklore is common, but bear in mind our ancestors were a bigoted lot. If your traditional village guy is called something like ‘Black Barnaby’, avoid a potential trip to court by just burning Guy Fawkes like a normal person.

Is it Piers Morgan?

Not even the most by-the-book police officer will caution you for burning this twat in effigy. They’ll probably give you some petrol from their panda car. 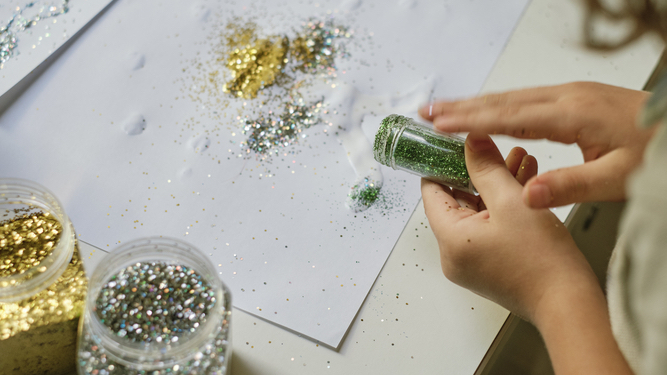 A CHILD making a sparkly picture has hit back at accusations that spilling glitter all over the living room carpet is a big deal.

Five-year-old Oliver Bishop made a charming picture of his family, but was shocked to find that dad Martin preferred to angrily focus on glitter all over the floor, on the walls and somehow up the stairs.

Oliver said: “My friends’ parents encourage and nurture their kids. But my so-called father doesn’t appreciate my unique artistic vision. He’s a philistine and an idiot.

“He’s just annoyed because he’ll have to get the hoover out. Not a word of thanks for me skillfully rendering his image in glitter. We’re through. He’s dead to me now.”

Martin Bishop said: “I got home and Oliver appeared to have detonated a bomb packed with glitter in the lounge. It’s on the telly, for Christ’s sake.

“The last time this happened I was going into work with it in my hair and finding bits in my bellybutton for weeks afterwards. This is not a father-son bonding moment for us to treasure.

“Roll on the teenage years. I’m sure that will all be plain sailing.”