A TAX on kestrels belonging to underprivileged young boys is vital to Britains economic recovery, according to the prime minister.

In a speech to business leaders, David Cameron said it was time kestrel-owning youngsters made a financial contribution to Great Britain instead of freeloading off hard-working taxpayers.

Cameron said: We believe there are literally hundreds of alienated youngsters finding solace in pet kestrels without paying a single penny in tax.

The sense of entitlement is sickening. While hard-working families are struggling to get by, these youthful bird-fanciers are spending their days learning falconry in bleak, post-industrial Northern landscapes.

We propose an annual kestrel tax of £8,500 per bird, with punitive measures for anyone attempting to cheat the system.

The message is clear  pay up, or we will kill your kestrel and throw it in the bin.

Cameron rejected suggestions that focusing on corporate tax avoidance would be more lucrative than cracking down on the poignant hobbies of low-income children.

I suppose I could get a different pet, but gerbils dont really symbolise freedom, or man’s inherently nobility whether he is a king or a knave. Plus whos going to make a film called Ger?

Clegg and Farage to debate whose party is the weirdest 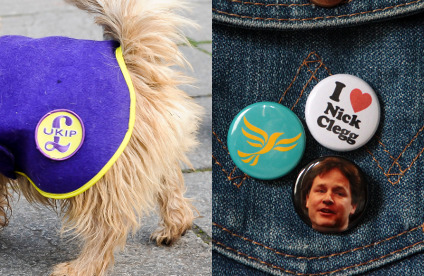 NICK Clegg and Nigel Farage are to argue in public about which of their two parties contains the most freaks.

The Lib Dem and Ukip leaders are trawling through their membership lists to find people who no-one will sit next to on the bus.

Ukip insisted its members were a broad church of paranoid sociopaths, while the Lib Dems stressed that not all of their freaks had defected to the Greens.

Standing next to a naked man with a Union Jack tattoo on his face, a Ukip spokesman said: “Meet Geoff. He believes that all Asian people are robot dogs. This is going to be a cake walk.”

“But, did you know that there’s a Lib Dem member in Swindon who wants to ban teeth?”