Last Celebrations chocolate to be preserved

HOUSEHOLDS across the country are observing the annual Finishing Of The Celebrations Tub ceremony.

Once emptied, the tub is reverentially washed and retained, on the basis that it will be useful for storage, before being discarded in July after this proves not to be the case.

The final chocolate, traditionally a Bounty, will be stored on top of the fridge until December, when buying massive tubs of sweets stops feeling hideously gluttonous once more.

The surviving chocolate will then be eaten by the bravest member of the household while repeating the incantation ‘Best-before dates are just a bloody fix to make you buy more stuff’.

Plumber Wayne Hayes said: “It’s a solemn reminder of death and renewal, the cycles of mother earth, and counting down the days to when I can have port for breakfast again.”

The Celebrations finishing ritual is thought to date back to medieval times when villagers would mark the end of winter by carving a wooden bowl for the last remaining nut to be stored in. They would then file past the bowl, offering the nut to the person behind them because they felt bad about taking the last one.

Taken fans have not seen any non-Taken films 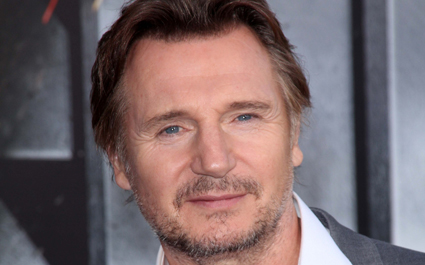 TAKEN 3 audience members have seen no other films apart from Taken and Taken 2, it has emerged.

Researchers found that fans of the Liam Neeson revenge thriller franchise had no interest in other works of cinema, or indeed in art of any kind.

Taken enthusiast Stephen Malley said: “I don’t like films generally, because there’s always the danger that the makers are going to try to be creative by introducing some element you cannot predict.

“You don’t get that with Taken.”

Fellow Taken fan Roy Hobbs said: “When not doing my boring management job, I like playing golf and reading car magazine. Films, and indeed fiction in general, I believe to be the preserve of women and gays.

“Taken though has everything I could desire from an entertainment experience – masculinity, men in leather jackets falling off of roofs and interesting foreign locations.

“I nearly went to see a James Bond film once but it looked a bit fancy.”