Last ‘Keep Calm and Carry On’ poster ripped off wall

EVERY last poster, mug and T-shirt bearing the ‘Keep Calm and Carry On’ slogan has been destroyed in frustrated rage, it has emerged.

The wartime poster, which amused Britons during less turbulent times, has over the last week transformed into a taunting reminder of past complacency.

“It’s no wonder they never used this bastard at the time. The last thing people in 1939 needed were forehead lacerations from headbutting a glass frame, like I got last night.

“I’ll carry on, given the lack of other options, but you can forget about keeping calm. ‘Keep your boiling rage from overflowing more than twice a day’, maybe. Maybe.”

The manufacturers of the original ‘Keep Calm’ poster have confirmed that, in the face of the backlash, they are to reproduce ‘Slaughter Every Last Nazi’, a morale-boosting poster originally printed in 1943.

Boris Johnson recalled to the Beano 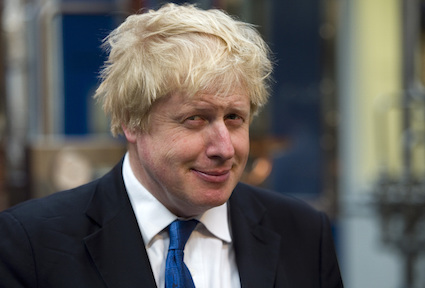 BORIS Johnson has left the Conservative Party to return to the pages of the Beano, he has confirmed.

The long-running comic character began a trial run in reality back in 1999, when he proved such a success on Have I Got News For You that he was given his own spin-off of increasingly ludicrous adventures.

However recent storylines have seen his popularity with the public plummet and he will now be folded back into the weekly publication, running between Pup Parade and The Numskulls.

Editor Norman Steele said: “He’s had a great run out there in the real world but lately we’ve been struggling to come up with anything even remotely credible.

“The mayoral period was a rich vein of comedy, judging bonny baby contests and the like, but we all felt that being a member of the cabinet was a bit of a stretch for a character whose dialogue is mainly ‘Cripes’, ‘Golly’ and ‘Yaroo!’

“He’ll be happier back in Beanotown where even the most imaginative double-page spread of catastrophe has no consequences whatsoever because everything’s reset the following week.”