HUGH Laurie is to release his first blues album detailing the trials of being an exceptionally-rich white man.

Mardi Foie Gras will be previewed at a New Orleans concert despite locals praying desperately for another hurricane.

Laurie will perform under his blues pseudonym Howlin’ Waitrose.

Bluesologist, Tom Logan, said: “When I first heard the Son House song Death Letter Blues about his wife being in the morgue, I thought ‘this is all very well but what would it sound like if it was sung by some floppy Oxbridge ponce?’.

“I think Howlin’ has managed to capture perfectly the anger, pain and loneliness of the blues and I suspect this comes from the hurt he felt after the lukewarm critical reception to his 1980s sketch show Alfresco.”

The album was produced in the same studio in San Antonio where Robert Johnson made his seminal recordings after it was ripped out of the ground and carried to Beverly Hills by 14 of Laurie’s biggest helicopters.

In the opening song, Don’t Want Me No Prius Blues, Laurie sings about the difficulties of having to drive a hybrid car to appear socially responsible when he also owns an Aston Martin ‘like that goddamn Jimmy Bond’.

But critics say that, for many, the highlight will be Hotel Blues, in which Laurie bemoans the ill-conceived 2002 refurbishment of the Dorchester. 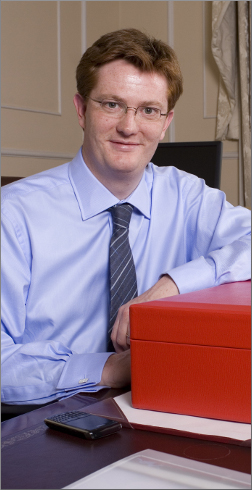 Danny Alexander, who, it turns out, really is the chief secretary to the Treasury, insisted a new tax on oil profits would not be passed on to consumers as it would undo the goodwill that has been built up over decades between the oil industry and the British public.

He said: “I know for a fact that oil executives value the close, emotional bond they have with British motorists far more than their profits or seven-figure bonus cheques.

“That is exactly what they told me. I looked them straight in the eye and I could see that they meant every word.

“They’re actually really nice people and maybe you should just give them a break for a change.”

Mr Alexander also stressed that even if prices increased ‘by accident’ retailers would source cheaper petrol on the open market, leading experts to ask if Mr Alexander was a massive, ginger four year-old.

Martin Bishop, a senior analyst a Madeley-Finnegan, said: “The only reason we call the international oil market a ‘market’ is because it has fewer syllables than ‘blatantly obvious shakedown’.

“Because, of course, when North Sea oil producers raise their prices, all their friends their prices too. We call it the ‘Bagpuss effect’.

“There are two main reasons why oil producers increase their prices – (a) it’s Tuesday and (b) fuck you.”

Meanwhile chancellor George Osborne told MPs the fuel duty cut will mean people can now drive to the out of town shopping centres where they cannot afford to buy anything, rather than be forced to catch some ‘ghastly bus’.

He added: “It also will mean a bonanza for window cleaners who will be rushed off their feet wiping away the greasy smudges left by millions of hard-working British noses.”