THE Living Wage is to be renamed to reflect a world where fags are a tenner.

Following an increase to £8.75 per hour, the so-called Living Wage will henceforth be called the Still Properly Skint Wage to reflect recipients’ threadbare lives.

Still Properly Skint Wage earner Roy Hobbs said: “Can’t grumble with a pay increase although how do you define living? Do you mean having the heating on for a bit?

“The CEO of my company, who makes 300 times what I earn, can afford to go on holiday to spa hotels where they rub you down with essences of rare flowers on a balcony overlooking the ocean.

“I would say that man is living, whereas I’m sort of existing with a bit of help from the discount aisle in Tesco where they put the dented yoghurts.”

Hobbs added: “At least I’m not on the minimum wage, which should be called, ‘the smallest amount of money those unscrupulous tight fuckers can get away with wage’.”

Dogs now acting like fireworks not a big deal 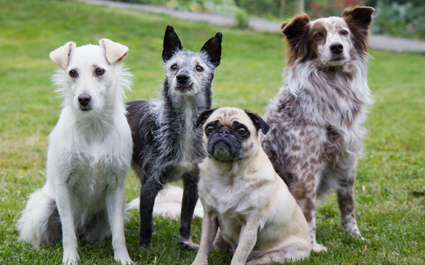 DOGS are now acting as if fireworks are nothing to worry about.

After absolutely bricking it on Sunday night, and having to be shut in the kitchen on Monday because they were going mental, dogs are now claiming that explosions in the sky do not especially bother them.

“Fireworks are just a harmless form of colourful annual entertainment and not angry demon-gods tearing the sky apart. Any idiot knows that.

“You could let a firework off right now and I wouldn’t even care. Because that’s how cool I am with fireworks.”

He added: “Although if you did I would probably get under a table, just because I like being under tables.”