Lottery price rise 'an unfair tax on the stupid'

DOUBLING the cost of a lottery ticket to £2 represents a tax on idiots, it has been claimed.

The National Lottery targets stupid people through adverts in which a pretend millionaire of ambiguous nationality goes on speedboats.

Gambling expert Roy Hobbs said: “Stupid, gullible people have got enough on their plates just trying to open doors and use cutlery.

“They don’t need tawdry dream-vendors putting them under the additional pressure of having to spend twice as much cash on what is probably not a ticket to their dreams.”

The lottery has also been described as a ‘tax on the poor’.

However IQ tester Nikki Hollis said: “The words ‘poor’ and ‘thick’ are not interchangeable.

“A quick glance at BBC Parliament reveals plenty of affluent people with shit for brains.”

Meanwhile, Camelot said that doubling the price will double your chances of winning the jackpot.

A spokesman said: “A lot of angry people contacted us saying they would be okay as long it meant they had twice as many chances and we said, ‘yeah, sure it does, whatever’.

“They were very excited by this and it would be wrong of us to make them all angry again.” 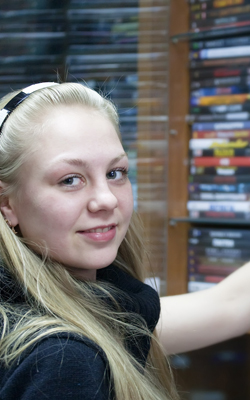 Despite vast financial resources, Blockbuster found it could not match the tiny Bristol-based DVD rental shop’s range of art-house films.

Although Cinephiles only has one outlet, people travel from across the UK for its quirky vibe and rare foreign films about college professors going on picnics.

A Blockbuster spokesman said: “This little shop had been a thorn in our side since we started. God how we wanted to crush them.

“We thought we’d smash it with our mighty range of Adam Sandler titles, straight-to-DVD British gangster films and American ‘comedies with tits in’. Not to mention our tiny pots of ice cream.

“How wrong we were. In the end, the little guy won.”

Slightly overweight 36-year-old Julian Cook, who runs Cinephiles with an unconventionally attractive girl and a gay man with an Afro, said: “We may not have millionaire backers but we do know absolutely everything about Woody Allen and Pedro Almodovar.

“And that, ultimately, was what the British public wanted.”