Lottery winner blows it all on week at Center Parcs

A MAN who won £5.3 million in last week’s National Lottery has spent the lot taking himself and his family for a week in a Nottingham Center Parcs.

Nathan Muir of Leicester conceded that it may not have been the most sensible financial decision but that it was worth it to ‘live the dream’ for seven days.

He said: “We did it all. Archery, falconry, lunch at Bella Italia and dinner at Las Iguanas. Money was no object.

“We had an executive lodge – two-storey – and if the kids wanted to go kayaking, we did it. When the wife wanted the spa, I booked her in. We even did our shopping at ParcMarket.

“I knew I was burning through my millions in days but it didn’t matter to me. What’s a lifetime of financial security compared to a week in paradise?

“It’s all gone now, and I’m not sorry. I’ve gone back to my life as a lathe operator and the kids are back in school, but we’ll all remember that time we touched heaven. When we were the kings of the Parcs.”

A Center Parcs spokesman said: “Unfortunately, Mr Muir left without paying his car park fees. We will be repossessing his house.”

How to drive on the motorway 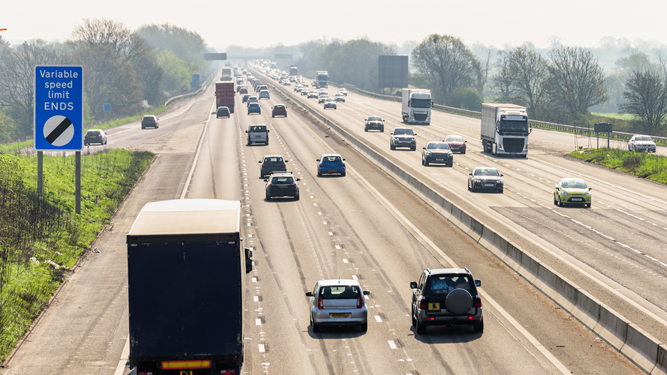 IT IS surprisingly easy to drive on the motorway, even if you are a stupid bastard.

As new legislation is set to allow learner drivers on motorways, there is no better time to discover how Britain’s big roads aren’t just demented Mad Max-style tarmac battlegrounds, they apparently have ‘rules’.

Here are the main ones –

Many people assume the motorway speed limit is 70mph. It’s actually 104mph although if it’s late at night and there are no coppers around you can go as fast as you like. Every day the fastest driver wins a £50 book token from Theresa May.

If you need to take a toilet break, it’s fine to pull over and urinate in full view of other motorists, but remember to give them a dirty look like it’s their problem, not yours.

The left lane is for lorry drivers so that they can swerve into the hard shoulder while texting or watching the football. The middle lane is for quietly determined pensioners and strange shaggy-hairs couples with one or more large dogs in the back. The right-hand lane is for the drivers of German cars and their prey.

There is no law as such on the motorway, and it is actually fine to shoot other drivers with a crossbow, especially if they have a caravan.

The motorway is basically a straight line so you don’t need to pay attention to driving. It’s better to focus on spotting birds of prey, laughing at people who have pulled over to throw up or simply letting your imagination take you to a distant planet of sexy alien women who look like the fit one off Countdown.