AN ingenious graduate has hatched a plan to avoid repaying his student loan by never earning a decent wage.

Tom Logan, 21, has announced his cunning scheme to earn less than £18,000 for every year of his life, keeping him out of reach of the tentacles of the Student Loans Company.

He said: “I’ve done it. I’ve beaten the system.

“The suckers at the Student Loan Company have lent me a cool £50,000, but I’ll make sure that’s the last time I’ll ever have that kind of scratch.

“All I have to do is stay in dead-end jobs, being careful never to let any one of them turn into a career and never move out of rented accommodation, and it’s easy street for life.

“Joke’s on you, big finance. You’ve been outsmarted. Shouldn’t have messed with the cream of the intellectual crop.”

Friend Emma Bradford said: “He’s got a philosophy degree, so this would have happened anyway.”

You could reduce drug use instantly by just f**king off, Britain tells Tories 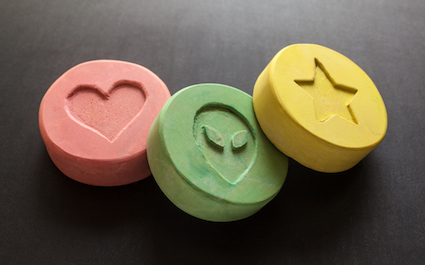 THE UK has told the Conservatives that they could halve drug use at a stroke by going away and never coming back.

Experts believe that, after an initial euphoric surge, use of cannabis, cocaine, ecstasy and ketamine would be reduced by a minimum of 50 per cent as Britons no longer felt the need to blot out reality.

Pharmacologist Dr Helen Archer said: “And it’s not just the illegal ones.

“Alcohol use would drop precipitously, Viagra prescriptions would fall as Remainers found themselves joyously able to achieve erections again, and you need fewer sleeping pills when you’re not living in a nightmare.

“People would spend more time outside in the fresh air, but now they will be savouring the wonderful British countryside instead of looking for mind-altering fungi.”

Home secretary Amber Rudd said: “We want you fully sober so you can feel every little bit of what we’re doing to you. It’s not as satisfying with anaesthetic.”