Man genuinely weirded out that there's no lockdown coming

A MAN is feeling disquieted and uneasy because not only is he not in lockdown but there is no lockdown approaching.

Nathan Muir is freaked out that the country has not been in lockdown for months now and has admitted he would honestly find it comforting if there was one scheduled.

He said: “The summer’s over so it’s lockdown season. That’s just how it works.

“And the government’s insisting there absolutely definitely won’t be any more lockdowns, and that’s how it works too. That’s half the reason I’m expecting one.

“But I’ve been asking around and nobody else seems to think there’s a lockdown on the horizon, which is very different compared to last time when we all knew it was coming down to the actual day.

“I’ve already chosen which box-set I’m rewatching, what videogame I’ll be using as a substitute for real life and the new hobby I’m taking up. I’ve even drafted my Zoom quiz. But now I’m meant to carry on living as normal? What the hell?”

A government spokesman said: “We apologise to Mr Muir for this unexpected disruption to his plans. If it’s any comfort then I can confirm that panic-buying and stockpiling are back on due to Brexit.”

Ocado reviews, and other places to find the angriest people in the world 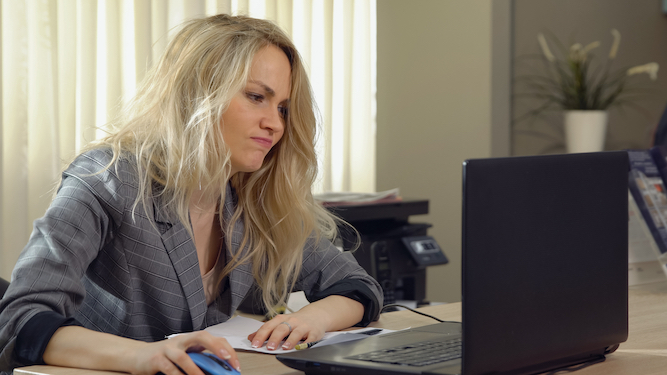 LOOKING for an angry bastard? Forget pitchfork-wielding mobs or boxing rings, check out these cesspits of fury instead:

The idea that financial need breeds conflict is false. It’s actually people who are wealthy enough to spend £20 on dog shampoo then be dissatisfied with the packaging who are the first to resort to violence. The revolution will not be televised, it will be in a one-star review for organic chickpea hummus with za’atar oil.

This two-for-one location boasts a heady blend of customers who are almost as f**ked off as the staff who work there. It doesn’t matter if they bring their little red cards, seven forms of ID or even their house itself, they’re not getting that package. Rock up with some popcorn to enjoy with the apoplectic showmanship.

Hotel sun-loungers at 6am

There’s one thing livid people love on their holidays, and that’s threatening strangers over possession of a sun lounger that neither of them own. Expect passive-aggressive territory marking with towels, red-faced huffing, attempts to invoke the hotel authorities and finally someone being pushed in the pool.

The comments under anything about a woman doing anything

Doing a sport? Telling a joke? Learning to ride a bike? Share evidence of a woman doing literally anything with her time and you will be treated hordes of seething wankers riling each other up in the comments section over why she is wrong to have done so. You’ll be spoilt for choice.

Although the Question Time audience shares many boiling gammons with the previous entry, the residents of this particular locale are unique in being able to turn from salmon pink to deep puce in just one tirade about millennials.

One for the pissed-off in training, soft play invites those who’ve just learned to use their legs for walking to try them out on kicking. If at any point they seem unwilling to articulate their inner animal rage, they need only look at their parents yelling at the adolescent staff for inspiration.