A 38 YEAR-old man has been hailed a hero after spending an entire weekend without alcohol.

Father of three Roy Hobbs is not on antibiotics or pregnant and appears to have achieved the feat voluntarily. He was presented with a trophy shortly arriving at work.

Colleague Tom Logan said: “He walked in this morning and said he had not had a beer since Thursday night, like it was the most normal thing in the world.

“My granddad took part in D-Day and said the word ‘hero’ was used too much, but I think even he would acknowledge this level of raw courage.”

The feat began on Friday when Hobbs went straight home after work to spend time with his family rather than opt for three increasingly incoherent hours in the pub explaining what an arse his manager is.

He then he faced the horrors of Saturday night television without the help of vodka, followed by a sprawling, epic Sunday brooding on the week ahead.

Hobbs said: “While I am proud of what I have achieved, I intend to be shitfaced by 7pm this evening and call in sick tomorrow with a stomach bug.”

But Putin has such an honest face, says everyone 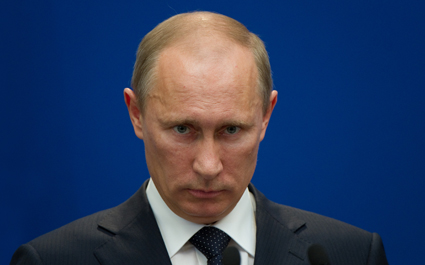 VLADIMIR Putin has such kind eyes that it is impossible to imagine him doing anything unpleasant, according to the public.

Tom Logan, from Peterborough, said: “You shouldn’t judge people by their looks, but my instincts tell me that Putin is a good egg.

“His small gleaming eyes, set so close together that he’s almost a cyclops, positively radiate kindness.

“It’s hard to imagine him behaving in a ruthless or self-serving manner, or perhaps whispering ‘kill them’ into the ear of a thick-set henchman. He’s just got a good vibe.”

Mother-of-two Emma Bradford said: “I just think of him as ‘Uncle Vladi’. He seems like a nice, laid back guy who would have a pocketful of sweets for the kiddies and put all his hard-earned money in a building society ISA paying a solid 1.75 per cent interest rate.”