Man who thinks EU is corrupt thinks everything is corrupt

A MAN who voted to leave the EU because it is corrupt believes an unfeasibly large number of people and institutions are dishonest.

Sales executive Stephen Malley’s anti-EU views are somewhat undermined by his belief that everything from supermarkets to charity collecting is basically a criminal scam.

Malley said: “Everyone knows the EU is corrupt. I can’t give you any specific examples but they’re bound to be crooks because they’re old and foreign like the mafia.

“It’s not surprising because everything’s corrupt these days. You’re not telling me charity collectors actually give the money to cancer children when they can just keep it themselves.

“Even the shops are at it. When you buy a TV it costs £300, but it’s only worth 50p because it’s been made cheaply in China. I’ve noticed the EU manages to keep that little scam quiet.”

“Also I think it’s more likely Nigel Farage stepped down because he is a time-wasting twat, not because the EU threatened to have him ‘whacked’.” 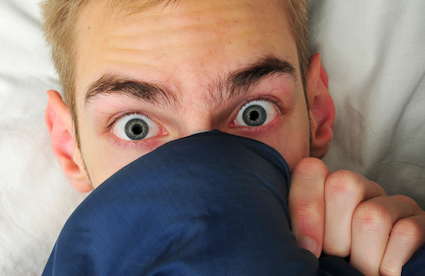 WORRIED fans have been reassured that pre-season fixtures are already under way, saving them from interacting with any other aspect of society.

As Portugal lifted the Euro 2016 trophy, panic was already setting in for football lovers who began desperately searching for something to fill their time.

He added: “There’s just not enough football played, that’s the problem. When will they come up with pre pre-season to fill this gap?”

Non football fans have been left baffled by Hayes’ sudden keenness to discuss other aspects of life.

Clare Bradford said: “I could see Wayne reading a newspaper with a baffled expression, making a vain attempt to get into art, literature, politics or current affairs.

“It was clear he was out of his depth so he settled for screwing up pieces of paper and kicking them at a bin.”