A MAN has been left bewildered by a social interaction with other, more common men.

Tom Booker, a fund manager from Basingstoke, stopped to ask directions from a group of council workers, and found himself wondering if they were mocking him in response.

Booker said: “I said ‘excuse me’ and they all looked at me and grinned, but I don’t think it was a friendly grin.

“I asked them if they knew the way to Eastleigh and one of them said ‘yes mate’ and the others chuckled. How is that funny?

“Then he said ‘Eastleigh, yeah?’ and the others pissed themselves laughing. I wanted to ask what was going on but I didn’t want to be confrontational.

“It’s left me baffled and a bit annoyed, just like that time I couldn’t tell if the plumber’s quote was a joke or not. This is precisely why I spend my free time at Cotswolds spa hotels were everyone is paid to be nice to me.”

Hod carrier Tom Logan said: “An individual with high levels of cultural capital required information from a group with relative cultural deprivation, which we found to be an amusing role-reversal.” 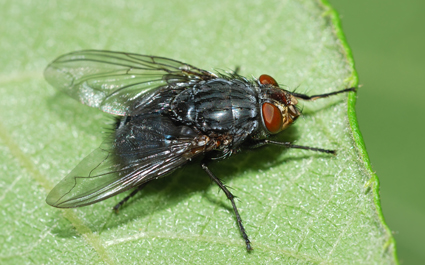 A HUGE fly has announced plans to fly into living rooms in a fast and confused fashion before desperately trying to find his way out again.

Bluebottle Tom Booker said that he hoped to see as many front rooms as possible over the coming Summer: “I’m going to fly in, panic, fly back into the window, briefly fly into the kitchen, panic some more and then fly out again before I get hit hard with a magazine.

“I figure I’ll do this all summer and then go back and take that job doing whatever mature adult flies do.

“Can’t just fly into people’s living rooms and then fly back out again for the rest of my life.”

Booker says that he also plans to land on as much dog shit as possible over the summer, as well as landing on food that is left out at barbecues and picnics.

He added: “Got to let them know where I’m coming from, innit?”