LABOUR leader Ed Miliband was part of an Oxbridge social club that would watch Star Wars up to 48 times in a row.

Documents released under the Freedom of Information Act have detailed exploits of Oxbridge social clubs.

These include David Cameron’s notorious Bullingdon Club and Ed Miliband’s less well-known Bantha Gang, a group of science fiction fans named after the large mammals ridden by the Tusken raiders in Star Wars.

The Bantha Gang’s initiation ceremony involved going into Oxford’s Blockbuster branch and repeatedly asking for ‘A New Hope’ – which is the subtitle of the film known as Star Wars – until the confused staff demanded they fuck off.

Former Bantha Gang member Stephen Malley said: “We had no respect for rules. For example in Dungeons & Dragons, you are meant to use a 12-sided dice during combat with monsters, but we would use two six-sided dice instead – pure anarchy.

“We were young and crazy about role playing games, science fiction films, comics. Sometimes we would stay up all night eating crisps and talking about stormtroopers.

“And the women…there weren’t any.”

Ed Miliband became Grand Bantha of the exclusive socially-inept group after teaching himself to speak Jawa, the language of those little things in hoods that kidnap C3P0 and R2D2.

Stephen Malley said: “Ed spent days decoding all their little burbling sounds. We would go to the pub, drink cola and have whole conversations in Jawa.”

“Then we would get beaten up.” 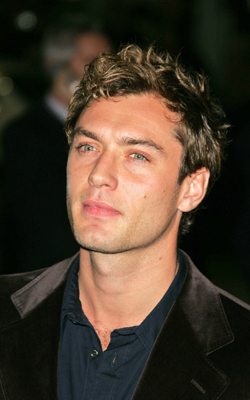 THE simultaneous cinema release of the new Judge Dredd film and a sumptuous costume drama has left men struggling to choose.

Dredd 3D, starring Karl Urban, is an adaptation of the violent 2000AD comic strip about a brutal cop fighting gangs and mutants on the post-apocalyptic streets of Mega City One.

Meanwhile Anna Karenina, starring Jude Law and Keira Knightley, details the doomed romance between a married aristocrat and a handsome count, set against the evocative and beautifully-portrayed backdrop of 19th century Russia.

25-year-old scaffolder Roy Hobbs said: “I can only see one film this week, but it’s practically impossible to choose between these two.

“Sure Dredd 3D will have heads exploding in slow motion, customised motorbikes and flamethrowers, but Tolstoy’s Anna Karenina is a classic portrayal of forbidden love with a timeless social message.

“Plus this new Karenina is produced by Working Title films, who gave us the wonderful Pride & Prejudice and my personal favourite Bridget Jones: Edge of Reason.

“I shall have to discuss this with my wife.”

Security guard Tom Booker said: “As much as I love ultra-violent futuristic cop thrillers, the trailer for Anna Karenina showcases some truly superlative set design, particularly during the ballroom sequences.”

Booker’s girlfriend Nikki Hollis said: “I’d choose Anna Karenina, because the only 2000AD characters I like are Nemesis the Warlock and Strontium Dog.”