Moon-gnome Stephen Malley is one of the magical elemental beings that philosopher Ruldolph Steiner correctly identified as being responsible for the Earth’s ecology.

Seated on a toadstool and thoughtfully stroking his lustrous gnome beard, Malley said: “Steiner’s contribution to the understanding of gnomes, undines and other types of nature spirit cannot be overestimated.

“Without his work we would probably still be living in a non-magical stone age, where things were explained via science rather than sorcery.

“His stuff on race is really good too, especially the stuff about how someone’s skin colour corresponds to how spiritually advanced they are.

“That’s one of those great ideas that seems obvious in retrospect.”

Parent Nikki Hollis said: “Steiner free schools are a waste of taxpayers’ money, catering to the fantasies of massively neurotic middle-class people who dress in weird homespun clothes that the Clangers might wear.

“I want my kids to learn about real, worthwhile stuff that’s grounded in logic and reason. Like how a virgin had a magic baby in a stable, and some men arrived with presents after following a UFO.” 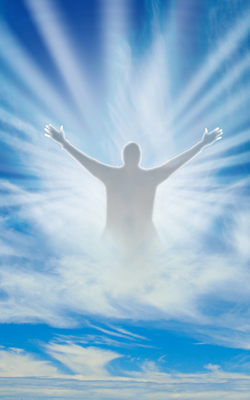 THE religion aspect of the Church of England is still more problematic than any gender discrimination, it has been claimed.

As the Church’s general synod voted against the ordination of female bishops, the public agreed it was sad indeed that anyone still believed in a temperamental, invisible sky-being.

Mother-of-two Emma Bradford said: “I can’t believe that in this day and age, women still find themselves wanting to be priests.

“Especially when there are other career options like working at the Natural History Museum, a place which is absolutely chock full of dinosaur bones, fossils, tools fashioned by early hominids and other stuff not mentioned in the Bible.

“Although in fairness the Bible does have a bit where some kids are attacked by bears for mocking a bald man. Which is pretty relevant today in the sense that it’s still highly entertaining.”

Meanwhile, Vatican insiders insist it is just a matter of centuries before the Catholic church accepts women bishops.

Stephen Malley, editor of The Catholic Tablet, said: “We take a more cautious view on the theologically immensely nuanced, complex subject of whether women are as good as men.

“We will be reviewing the threat of eternal damnation to those who use contraceptives in roughly the year 8765, and the celibacy of the priesthood in 13265, about the time when the continent of Africa is due to fuse again with mainland Europe.”