MORE than two-thirds of Britons have admitted they would quietly condone militant Islamism if it bought the house next door.

As David Cameron warns that extremist ideologies are being given credence in Britain, 70 per cent of UK residents confirmed that if they were discussed over the garden fence they would smile and nod.

Bill McKay, from Bath, said: “I hate ISIS. I think they’re murderous bastards, but what I really hate is awkwardness.

“If they moved in next door and said something about how all kaffirs and apostates must die to establish a global caliphate, I’d probably say ‘Yes, it is isn’t it, and the binmen have left the blue bin again.’

“I’m not one to judge. Him across the road keeps his car in a right state but I never say anything, so it’s no different.”

Dr Mary Fisher of Brighton said: “I did actually have ISIS next door for a few months last year and they were very polite.

“But when they had a huge bonfire of 1970s Blue Peter annuals I had to say something.

“I had my washing out. Whites.”

Grexit could cause depression, war, famine and disruption to British holidays 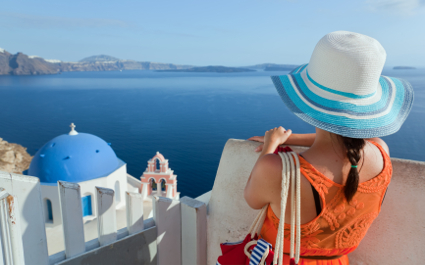 GREECE leaving the euro could cause a continent-wide depression and stop Britons getting the exact beer they want on holiday.

The ‘Grexit’, which will plunge Greece into poverty and cause economic shockwaves through the whole EU, may also mean a rise in the price of hiring sunbeds.

Roy Hobbs of Bolton said: “If they pull out, meaning the collapse of the EU’s banking sector and mass redundancies in Greece, how does that affect the air-conditioning?

“We like it on all night, you see, otherwise you can get very sweaty. I don’t want to be sweaty if there’s going to be social collapse.”

Donna Sheridan of Birmingham agreed: “I’ve got a corner room on the fourth floor in Zante, overlooking the sea. It’s actually in the brochure.

“Now what I’m worried about is that because they won’t pay Germany these 56 billion euros then they might try to give the Germans my room to make up for it.