Most people don't understand the things they say

THE majority of people just repeat popular words and phrases without knowing what they mean.

The Institute for Studies found that most human interaction was simply repetition of clichéd phrases and ideas learned from TV, the internet and people who are considered clever.

Humans generally have no idea of the meanings of the words they are saying, but are simply mimicking sounds.

Professor Henry Brubaker said: “We found that most communication consisted of well-worn phrases such as ‘You could not make it up’, ‘It’s a no-brainer’ and ‘Coffee through nose moment!’

“Other popular ‘word-groups’ include ‘they could do with another goal’, ‘duck is quite a fatty meat’ and ‘worst thing ever’.

“Humans are clearly not the creative, highly evolved mammals we imagined, and I now believe we are more similar genetically to parrots or photocopiers.”

Marketing manager Donna Sheridan said: “The idea that we all just repeat things we’ve heard sounds like rubbish to me. These scientists should come down from their ivory towers and try living in the real world.

“I have original thoughts all the time, but that’s probably because I’m a Pisces and pisceans are very creative.” 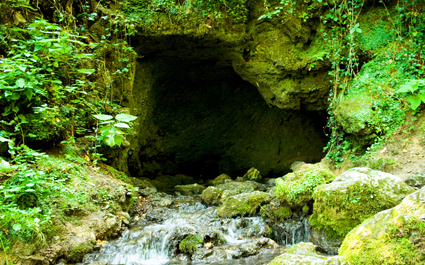 THE winner of The Great British Bake Off will leave humanity to work in Mr Kipling’s underground cake catacombs.

Tonight’s winner will be handed over to Kipling’s bald, dwarfish minions in the traditional ceremony which follows the end of the series.

The judges will solemnly shave the winner’s head and kiss them on both eyelids, before handing them over to Kipling’s homunculi who will load them into a sedan chair and carry them into a cave.

Little is known about life in Kipling’s subterranean world, but it is understood that his baking factory is a huge cavern where Kipling’s giant fondant-encased brain hovers above a cake production line staffed by a mix of human bakers and troglodytes.

Mr Kipling said: “For the Bake Off Champion, this is a homecoming. Here there is only cake.”

A spokesman said: “Any who enters the Bake Off understands that this is their ultimate reward. Once they have embarked on the spiritual path of baking, high quality confectionary becomes the only absolute.”