New exams will make it seem like children are being educated

A SHAKE-UP of GCSE grades will give the appearance of children learning things.

Exam body Ofqual and schools secretary Michael Gove have unveiled a plan to create the impression that England has some kind of education system.

Mr Gove said: “The old system of using letters to label exam performance was not generating a sufficiently authentic belief that children were acquiring knowledge.

“By using numbers, in many cases as high as Nine, everyone will think that everything is going extremely well.

“And we can also use it as a benchmark to make it seem as if we are competing with the Chinese.”

Nathan Muir, a 14 year-old from Hatfield, said: “Imagine getting a Nine. You would seem so clever. Much clever than you would seem if you got an A.

“I want to seem Nine clever.”

Roads not a velodrome 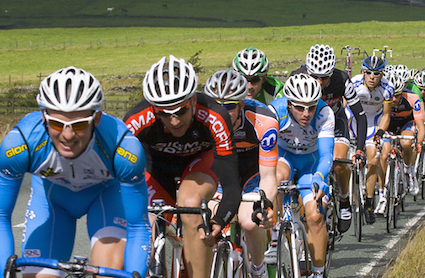 BRITAIN’S roads are not a specialist cycle racing facility, it has been confirmed.

However officials have confirmed that roads are really designed for travel rather than amateur sporting events involving large clusters of wobbly people.

A government spokesman said: “Since Roman times, roads have been principally for the transportation of people and goods from point A to point B, rather than for buggering about on.

“Cycling is fine if you’re going on a legitimate journey, but if you’re just pointlessly ‘testing yourself’ against a group of similarly bored accountants it would be really good to keep that to a designated facility.

“You know those oval-shaped tracks you see on the Olympics, the ones that are designed for, and used exclusively for, bike racing? Well, you can book one for an hourly rate, it’s quite affordable if everyone in a group chips in.”

Car driver Emma Bradford said: “I find cycle race people rather hard to like, except the fat one who’s miles behind all the others, I feel sorry for him and admire his tenacity.”