Only Camp 1970s Gays Should Be Allowed On TV, Says Your Dad

ABSURDLY camp 1970s-style homosexuals like John Inman and Frankie Howerd are the only ones of that sort who should be on television, your dad announced last night.

In his latest post-teatime statement on the role of homosexuals in the media â€“ usually prompted by the appearance of John Barrowman – your dad declared that although he doesn’t approve of all the poofs these days, Are You Being Served? was bloody funny.

He said: “I don’t like that John Barrowman, he shouldn’t really be on when kids can see it, because they’ll think it’s normal to be like that.

“And I don’t like the two that do up houses, thingy and whatsisname. They’ve probably got those little dogs and do ‘yoga’.”

He added, with no awareness whatsoever: “I’ve got nothing against gays, I just don’t want them ramming it down my throat.”

Meanwhile in what analysts said was an immediate and total contradiction, he then launched into a short monologue about the genius of John Inman, Frankie Howerd and Kenneth Williams.

He said: “That Kenneth Williams was bloody brilliant in those Carry On films, when he did that face and said ‘ooh, matron’.”

For clarification, your dad added: “He was a poof, you know.”

Appearing to soften his stance momentarily, he continued in a whimsical tone: “Some of them are clever, though.”

Your dad concluded his statement by returning to his oft-repeated thesis that gays are taking over everything these days, and also that they are making a much bigger song and dance about it all than they used to, with these parades and everything where they wear trousers with the arse cut out and prance around in front of everyone, causing traffic problems.

He added: “That Laurence Llewelyn-Bowen isn’t actually one of them, although he acts like it and you’d think it to look at him.”

“Nor is Jeff Banks. Or Stephen Fry.” 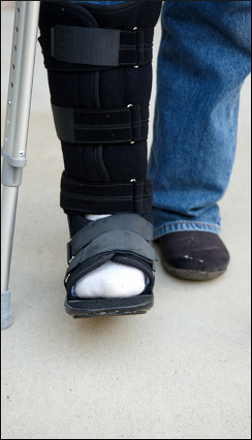 CHELSEA stewards have joined Everton on a loan deal so that suffering fans can be tossed quickly out of the ground when it all gets too awful.

The Chelsea simians, specially trained in state of the art ejection techniques, will spend the rest of the season at Goodison Park. The weekly tossing is expected to begin shortly after the telltale sign of Tim Howard picking the ball out of his net again.

Meanwhile sound monitors will also be placed around the stadium to pick up the high-pitched whining indicative of somebody from Liverpool in distress.

Evertonian, Wayne Hayes, said: “It’s nice to know that as I watch Bolton’s sixth sailing goalward, the next thing I’ll experience is the sweet oblivion of being brained by a set of turnstiles.

“And if the lads could sign something to say I slipped on some dodgy paving while they’re at it, I could bung a claim in and everyone’s a winner. Except for Everton, obviously.”

Chairman Bill Kenwright stressed the new initiative was all part of the modernisation of the club which started in 1994 with their acknowledgement that black footballers exist and continues to this day with their advice to fans that they stop shouting horribly racist things at them.

Kenwright said: “Watching the side shuffle aimlessly around the pitch while David Moyes seethes on the touchline like a Lidl version of Alex Ferguson is bound to make you want to be hoofed out.

“Although you are being hoofed out into the city of Liverpool which leads to a whole frying pan/fire kind of thing.”