Person with no power should no longer be head of irrelevant thing, says ‘deputy prime minister’

A PERSON with no power should no longer be the symbolic head of an organisation that does not matter, according to someone who made up his own job.

Nick Clegg, the self-styled ‘deputy prime minister’, said it was time for Britain’s entirely decorative monarch to relinquish her meaningless role as head of a rapidly decaying religion to which no-one pays the slightest attention.

Mr Clegg said: “Stop what you’re doing. We need to talk about this immediately.”

But Tom Logan, from Peterborough, said: “I’m sorry, what’s all this about? The Queen and the Church of England? Well thank God whatever his name is has raised the subject because I’ve been up all night thinking about it.”

Mr Logan added: “The roads round here are absolutely full of fucking potholes. Perhaps Mr Clegg could persuade Her Majesty and the Archbishop of Canterbury to fill them in.

“I really don’t care who’s in charge of that.”

Child happiness based on them either liking or not liking things 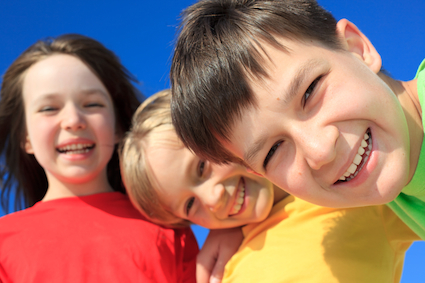 CHILDREN are the same as adults only smaller, according to new research.

A study into childhood happiness found it was based entirely on having things they liked and not having to do things they hated.

Child psychologist Dr Julian Cook said: “Getting them to watch Lawrence of Arabia rather than Gigglebiz is the devil’s own work, but otherwise they’re just like an adult who doesn’t buy their round.

“When the results came in I went straight home to my young son, told him he could stop plastering the spare room and gave him some chips.”

The study also confirmed that Guardian-reading parents who deny their children sweets, television and running around in mud like a mental case are as wrong about that as they are about almost everything else.

Dr Cook added: “The biggest surprise for me was that kids don’t like vegetables. I assumed my son spat them out because he thought they were little green pixies.”