POPE Francis has urged Catholics not to waste their valuable time on caring.

In his first Pope speech, he said the church needs to start dazzling people with really good prayers and even bigger incense burners if it is to move on from just being ‘a big sex club’.

Francis said: “Without praying to Jesus, we’re basically just Liberace impersonators who eat fish on a Friday and tell people where to put their orgasms.

“So let’s really think about these prayers that we’ve been doing. Should they include more celebrity gossip? Are they loud enough? Should we shout them in an angry voice?”

He added: “The New Testament actually has very little to say about compassion. At least mine doesn’t. Then again, I did steal my Bible from a hotel, so maybe it isn’t a very good one. I really wouldn’t know.”

Francis wants the church to take on ‘new and exciting challenges’ including a relaunched Inquisition, insisting it would make the Church ‘unbelievably relevant to a wide-range of people’.

The Pope also warned that without more chanting Catholicism ‘could end up as an NGO, like those scumbag hippies at Amnesty and Oxfam’. 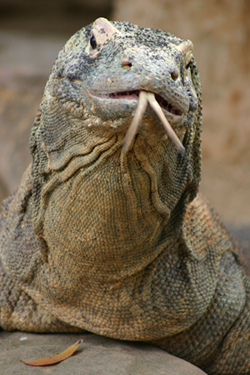 THE latest smartphone can do things that you never even dreamed were necessary.

The Samsung Galaxy S4 can be controlled with your eyes so that if you are watching a video you can pause it while being attacked by a wolf.

A spokesman said: “Wolf-Attack Mode can also be used in a multitude of limited mobility situations. Perhaps you have been hunted down by a komodo dragon and are transfixed by its impossibly black eyes. Or more likely, you can’t move your thumbs because of the boa constrictor.

“What if your cat goes insane?”

According to Samsung more than 114 million seconds of video footage are being rewound every year because of momentary distractions.

And the World Health Organisation claims that briefly interrupted video experiences are now the fourth biggest cause of rickets, polio and tuberculosis.

Meanwhile, the new phone can also scroll down a web page simply by being tilted, making it ideal for surfing the internet on a juddery bus.

Samsung claims the Galaxy S4 paves the way for a ‘new kind of tomorrow based on doing things with your face’.

The spokesman added: “The thumb is the one part of our bodies that we don’t really need.”