THE headteacher of a free school has denied it over-emphasises superpowers.

Professor Charles Xavier, aka Professor X, hit out at criticisms that teachers at the Xavier Institute have no professional qualifications and wear too much skintight spandex.

He blasted: “Mr Logan may or may not have a teaching degree  he can’t remember anything before 1983  but he has valuable experience fighting Sentinel robots.

“The classroom is all very well, but truly gifted pupils learn more on field trips to the Shi’ar Empire than they can from books.

Ofsted inspectors criticised the school for forcing pupils to give up their real names, its lax attitude toward romance between teenage girls and faculty members, and lack of choice in the school canteen.

The report continued: “Of further concern are budgets, with just £5,500 spent annually on textbooks, £230,000 spent on X-branded uniforms, and £4 billion spent on Blackbird stealth aircraft.”

Education Secretary Michael Gove said: “Professor X’s school is exactly the kind of success story that shows why we need free schools, and I’m not just saying that because I’m in thrall to his telepathic powers.

“He has also promised that any parent who loses their original child during the graduation process will receive a substitute from an alternate timeline.” 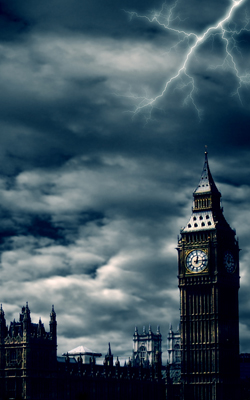 BRITONS must today face either the deadly weather or poisonous spiders.

As storms batter the UK, millions of workers tossed coins to decide whether they would rather be claimed by falling masonry or the colony of agitated False Widows in the loft.

“As I see it, my only chance is to tunnel down through the kitchen floor. But it’s very solid and I don’t have a pick axe.

“Already I’m sure I can hear the soft patter of arachnid feet coming down the stairs.

“Not that they have feet as such but you know what I mean.”

“Then I remembered the spiders. Fuck! I’ve got a can of deodorant and a lighter, at least I can take a few of them with me.”

Dangerologist Michael Fish said: “They say these things come in threes, so my guess is that wolves are being re-introduced tomorrow.”