A RACIST nan who is fuelled entirely by hate has began her slow and unsteady journey to the polling station.

89-year-old Mary Fisher confirmed plans to get herself down to the local community centre and cast her vote against foreigners, even if it took half an hour just to get her coat on.

Like a salmon swimming upstream to spawn and then die, Fisher plans to expire shortly after the referendum and leave the younger generations to deal with the consequences.

She said: “I am old now, and my life is behind me, but that doesn’t mean I can’t bollocks things up for everyone else.

“Not all old people are racist, that is a tired stereotype. However I am very racist, particularly against the Chinese, who are not even in the EU but I see this as I step towards keeping all the buggers out.

“Also I want to make it harder for people to go on foreign holidays because they should be satisfied with a weekend in Tenby, going on the donkeys and drinking Slush Puppies.”

Neighbour Roy Hobbs said: “You have to admire her determination, but she did try to poison my cat last year so she’s definitely not all good.

“I’m driving to the polling station to vote against her. I said she could have a lift but she accused me of being a filthy pervert.” 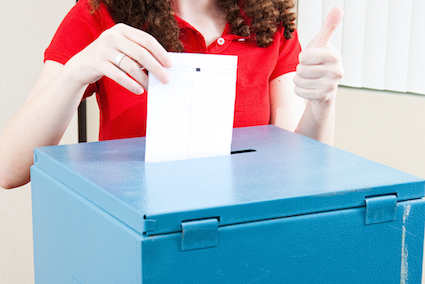 BRITAIN faces a tumultuous decision today because of a relatively small number of annoying, obsessive twats, experts have confirmed.

The country will vote on whether to remain in the European Union thanks to the weirdest members of the Conservative Party and a man who sounds like an angry duck and looks like a monkey had sex with a trout.

Professor Henry Brubaker, of the Institute for Studies, said: “Like me, you were probably minding your own business and managing not to think about the EU because it’s so utterly fucking tedious.

“If you did ever think about it then it would probably have been along the lines of ‘it’s a bureaucracy and they tend not to be perfect, but I realise I have to accept that because I’m not a child’.

“But then some right wing oddballs decide to inflict their pathetic neuroses and tawdry power struggles on the rest of us, and so now we all hate each other more than ever. Spiffing.”