THE psychological cost of being forced to verbally interact with striking council workers far outweighs any financial loss, experts have claimed.

As thousands of public sector types prepare to take to the streets, people with real jobs are making contingency arrangements to avoid listening to a social worker harangue them about pensions.

“But my trip to work takes me right past a housing office and I know one of the strikers is going to corner me and try to compare themselves with the demonstrators in Egypt.

He added: “God knows how drunk Im going to have to get to obscure the irritation but itll probably mean I have to take a couple of days off work with a hangover, thus costing me the moral high ground.”

Businesses also fear that if public sector workers demands arent met, they may look for jobs in the private sector, costing billions in incompetence-related mistakes.

Employment lawyers are now frantically searching the Human Rights Act to see if it’s legal to burn the CV of anyone who’s ever been to an encounter group, or been paid to raise awareness of anything.

Julian Cook, chief economist at Donnelly-McPartlin said: Like buying a child a PS3, agreeing to pension demands will be an expensive but effective way of ensuring council workers wont get under anybodys feet for a while.

You know deep in your heart that the little devils dont deserve it, but you just want to avoid a full-blown screamy tantrum. 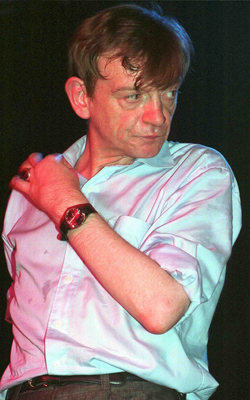 ARCHAEOLOGISTS have located what they believe is the fabulous tomb of the late John Peel.

The giant vault, located underneath the BBC’s Maida Vale studios, is said to be crammed with sumptuous music-related ephemera, including jade masks of the Bhundu Boys and Ushabti figures depicting all 324 members of The Fall.

Workers have yet to excavate the entire area, but already the haul includes an ivory-handled vinyl brush depicting Dawn of the Replicants, a gold amulet in the shape of King Crimson, a solid silver Liverpool FC shirt, and spectacular wall paintings of Autechre, Kanda Bongo Man, and Half Man Half Biscuit.

Archaeologist Dr Helen Archer, who discovered the tomb entrance under a pile of unlistenable demos recorded on C90 cassette tapes, said: “This is a hugely significant find.

“It helps us understand a great deal about how Radio 1 DJs of the time lived, and what they believed would happen after you died.

“As you can see, the carvings on this funerary sarcophagus depict Peel sailing to the afterlife on an enormous white label vinyl record, crewed by Extreme Noise Terror and That Petrol Emotion and captained by Billy Bragg.”

“Once admitted to heaven, Peel’s spirit – accompanied by Rob Da Bank and Ras Kwame – would have to pass several difficult tests, including telling two Wedding Present records apart, and playing a demo by Gorky’s Zygotic Mynci at the correct speed.

“If Peel failed to navigate these obstacles, his soul would be devoured by Mark E. Smith”.

“If he passed, he would then be welcomed into heaven. Almost certainly by Captain Beefheart, let’s face it.”