RUN-THROUGHS for tomorrow’s rioting have gone off without a hitch, according to organisers.

Anarchists practised smashing in shop windows with inflatable bricks, while police in full riot gear ran around tapping them with foam rubber batons.

Anti-capitalist Tom Booker said: “It’s going to be a big day so everything needs to run like clockwork.

“A couple of the coppers couldnt resist trying out their new moves, but generally we all agreed it went well.”

Women 'not manly enough for Formula One' 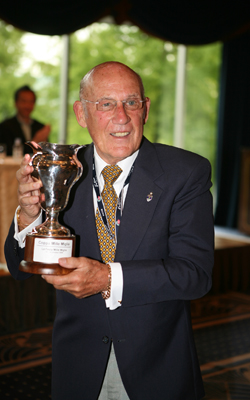 WOMEN are not sufficiently manly to be racing drivers, according to Stirling Moss.

The racing legend believes women lack the craggy good looks, devil-may-care attitude and appreciation of fine whiskey that are essential to racing prowess.

Moss said: “Your average female doesn’t even like big shiny watches will loads of little dials all over them.

“Their idea of a post-match celebration is to make a sponge cake then sit around talking about emotions.

“It would basically be about hats.”

“For example I’d be going round a hairpin bend and ‘Buy Dettol and bananas’ would pop into my mind, causing me to crash.

“So instead I’ve bought the film rights to Stirling’s life and cast Graham Norton in the lead role. The movie will be called Shiny Helmets Racing Up My Behind.”