PEOPLE in rural areas with poor internet access are receiving their pictures of vaginas by courier pigeon.

They land outside the home offices or sheds of subscribers to the service and are also trained to be completely non-judgemental.

"After viewing the films I strap a tenner to his wing with an elastic band and gently re-insert the USB stick using a touch of Swarfega."

He added: "People say it's a hassle but when I was a boy I crossed three counties to look at a torn photocopy of a page from Razzle that a cousin's friend's brother had hidden in an orchard.

"Back then, if I had been able to find hours of extreme pornography up a pigeon, I'd have thought all my Christmases had come at once. I suppose it's a generational thing."

But said 'Terry E' of Suffolk said: "My wife got suspicious and secretly bought a hawk. I got up one morning and the lawn was strewn with feathers and pictures of splayed bumholes. Busted.

"But I still think it's a great system overall. You could probably use the same principle to replicate other functions of home internet access. Whatever they are."

Everyone Now Assuming You're A Kiddie-Fiddler 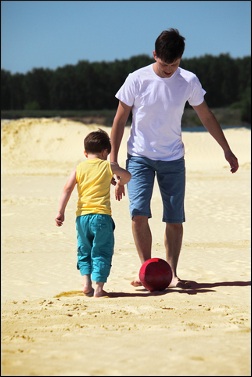 YOU look like you might be one of them dirty, horrid kiddie-fiddlers, it was confirmed last night.

According to new government regulations you are up to no good and always have this weird look in your eye, you horrendous pervert.

Officials stressed that not only do you have a lot of cameras but you have also been hanging about the school gates, grinning at the first years and touching yourself through the pockets of your grimy raincoat.

Meanwhile it has also emerged that you seem very keen to pick up loads of children from football practice and then take them to Pizza Hut where you will encourage them to order the sexiest toppings and then film them all eating melted cheese.

But last night the newly-formed Independent Safeguarding Authority agreed to tell people that you had probably stopped being an unspeakable beast if you paid it £64.

A spokesman said: "We will give you a certificate that says you are allowed to give up to three children a lift as long as they are all wearing space suits and you keep your hands on the steering wheel where we can see them."

He added: "Now get out of my sight, you repellent creep. I think I'm going to be sick."

The Daily Mash Guide to being vetted successfully:

DO say that children are 'nice', but not 'hunky'.

DO NOT offer round a bag of sweets during the interview.

DO NOT say that your ideal woman is Bonnie Langford.

DO wash your hair and buy a pair of up-to-date spectacles.

DO NOT wear items of clothing depicting well-known cartoon characters.

DO NOT offer anyone a pony.