TAXI drivers and men on bikes are almost at the point where they will stop disguising their lust as loathing.

Researchers at the Institute for Studies said that the two outwardly-hostile groups are almost ready to start frantically pawing at each others’ bodies while kissing.

Taxi driver Tom Booker said: “Obviously when I’m shouting ‘get a fucking move on you goggle-eyed twat’ what I actually mean is ‘you have great thighs and I want to take you to a fish restaurant’.”

Cyclist Wayne Hayes said: “Last week I called a taxi driver a ‘bald bastard’ after he cut me up.

“But I love shaven-headed working class men, it’s the Jason Statham thing. Especially so if they’re in a big, powerful car just ready to dominate me on my little bike.

“My fantasy is lying on my bed with a generic taxi driver, we’re in our pants embracing and we listen to Sam Smith’s album in its entirety without moving.

“Yes, he’s married to a woman and has three kids all called Terry, but that just excites me even more.”

Experts predict that the passionate mass make-out session between cyclists and cabbies will occur on September 3 at 9.23am, just after they have told each other to fuck off and die.

Cumberbatch’s mum thinks he was shit in 'Star Trek' 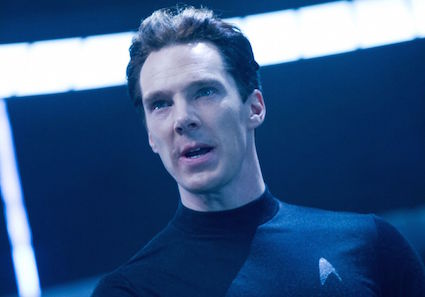 BENEDICT Cumberbatch’s mother last night praised her son’s Hamlet saying it was ‘a million times better than that shit he did in Star Trek’.

Mrs Cumberbatch said his performance as Khan in Star Trek: Into Darkness was ‘over-the-top balls’.

She added: “I phoned him as soon as I came out of the cinema and I was like, ‘Seriously? Is that what the acting lessons were for?’.

“I told him that he better do Hamlet in the West End and it had better be shit-hot.

“He didn’t let me down because he’s a good boy. Even though the rest of the production is piss.”

Mr Cumberbatch said her son was quite good as Alan Turing, but his Sherlock Holmes is ‘only okay’, adding: “It’s all a bit mannered, isn’t it?”